A former Roman Catholic monk has filed a federal lawsuit against cosmetics giant L’Oreal, accusing the company of stealing patented technology in an anti-aging wrinkle cream that his charity was selling to raise money for the poor.

Dennis Wyrzykowski and his company, Carmel Laboratories LLC, have been joined in the lawsuit by the University of Massachusetts Medical School, which developed the technology and licensed it to Carmel in 2009.

According to the lawsuit, the cream, called Easeamine, is made using technology inspired by a discovery by two UMass scientists that adenosine, a chemical compound found in the heart, can promote skin elasticity.

The lawsuit, filed in June and amended this month, alleges L’Oreal was aware UMass held the patent for the science. It alleges L’Oreal had been denied patents because of their similarity to those granted to UMass, but the cosmetic company went ahead with a line of products based on the adenosine technology.

Wyrzykowski, who leads a religious charity known as the Teresian Carmelites in Millbury, Massachusetts, said in an interview Tuesday that he was selling the cream online for $65 per tube to support the Carmelites work with prisoners, drug addicts, and school children.

He said the availability of the L’Oreal products decimated the Carmelites business.

“For me, L’Oreal pillaged the poor, that’s what they did,” Wyrzykowski said.

L’Oreal, which is based in Paris and has U.S. operations in New York, has asked a U.S. District Court judge in Delaware to dismiss the lawsuit. The company’s attorneys argue in court documents that L’Oreal believes its use of adenosine falls outside the University of Massachusetts patents.

“While we admire the purpose of the work these two organizations are doing together, we find no merit in these allegations,” L’Oreal said in an email Wednesday to The Associated Press. “We expressed this point of view in many conversations we had with the Teresian Carmelites and their outside legal advisers over the past two years.”

No Filter Needed – Enhance Your Allure with Cosmetic Acupuncture 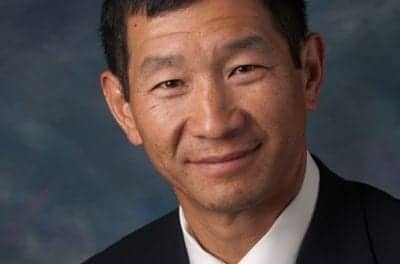 Shouldn't You Learn to Drive (or Vote) Before You Have Plastic Surgery?