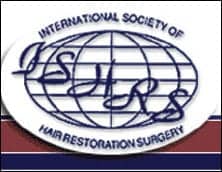 This past fall, I attended the 16th annual scientific meeting of the International Society of Hair Restoration Surgery (ISHRS). The ISHRS is the most important organization in the field of hair restoration. At that first meeting—in Dallas in 1993—I was the exhibit’s chairman as well as the founding secretary of the society. Two years later, I was elected president of the ISHRS. At this past meeting, I served as a member of the Board of Governors.

The whole point of starting the ISHRS was to gain knowledge from other parts of the world. The United States is, for the most part, a leader in any new technology. However, new techniques and procedures are often perfected elsewhere. The ISHRS brings physicians together in a meeting designed to have an international flavor. The techniques done from all over the world are melding together, and everyone gets to learn from one another.

At the most recent meeting, around 600 attendees from more than 35 countries discussed a wide range of subjects that affect the hair restoration field—from modern surgical techniques to low-level laser therapy; as well as hair transplantation in women to psychiatric disorders, hair care treatments, and difficult hair restoration cases.

One of the most interesting lectures I attended was on the influence of hair care techniques on the development of alopecia. The presenter spoke mostly about the various hair care treatments of African American women. She discussed the use of relaxers, the infrequency of shampooing, and the inherent dryness and brittleness of hair in these women, and offered a number of suggestions to treat these patients when they come into our offices complaining of hair loss.

Another interesting talk covered body dysmorphic disorder, in which a person sees something (or many things) about how they look as deformed. I know from more than 20 years of clinical experience that it is very important to identify these patients during an initial consultation so that they can be properly treated, which includes evaluation by a mental health professional.

Another physician also discussed the HairDX genetic test for male and female pattern hair loss, which I use in my practice. It is an extremely valuable screening test for men or women who have a family history of hair loss but may not yet see much evidence of it in themselves. In a sense, it affords patients an opportunity to possibly see into the proverbial future.

The test examines unspecified genetic variables (SNPs) in genes on the X chromosome that code for the androgen receptor. A previous study in 2005 showed that the genetic variant that codes for excess androgen receptors lies on the X chromosome and is the major determinant of male pattern baldness. HairDX claims that the high-risk genetic variants they study account for 95.1% to 98.1% of cases of early-onset baldness before the age of 40.

Another, less common genetic variant of the same gene (present in about one in six men) indicates a greater then 85% likelihood that a person will not experience early-onset male pattern baldness. If a person is found to have this gene, they are unlikely to become very bald.

The test is not 100% reliable because the androgen receptor gene identified thus far is only one of a number of genes that affect hair loss. It is a simple Q-Tip swab inside the cheeks of the mouth—totally painless.

Another technology that has blossomed over the last few years is low-level laser light therapy, also known as laser therapy or light therapy. In this approach, I use a “cold laser”—one that operates in the non-UV range. It stabilizes the progression of hair loss in approximately 90% of patients, and it regrows hair in about 50% of patients. This technology is a new tool that we have—in addition to Propecia and Rogaine—that can help people with hair loss problems.

I use this technology to stabilize hair loss in patients and to help the patient during the post-transplant healing process. The laser technique yields three benefits to the patient. It increases capillary blood flow to the dermis of the skin; it converts about 70% of the hairs in the telogen phase of the hair-growth cycle to the growth phase; and it activates the cells of the dermal papilla, which is the part of the follicle that actually grows the hair shaft.

Robert T. Leonard, DO, is a family physician and dermatologist with offices in Rhode Island, Massachusetts, and New Hampshire. He can be reached at (401) 946-0884.

5 Common Scalp Issues You Shouldn't Be Embarrassed About

Pretty Soon, Scientists Will Predict When You Will Lose Your Hair By Reading Your Genes 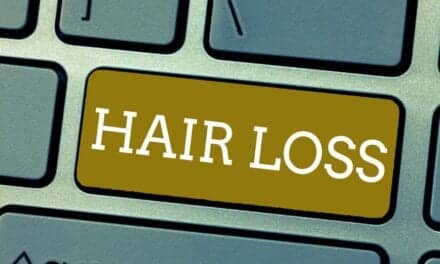