The Future Is Here

With the growth of high-speed Internet access, more and more consumers are now able to view online video, and many of these people prefer video over written content. This seismic turn of events has shaken the very foundation of the Internet. When the dust settles, those who recognized the importance of Internet video will likely come out on top.

The recent growth in Internet video usage is hard to overstate. According to comScore, a leading provider of digital media statistics, more than 123 million Americans viewed online video in January 2007 alone.1 They watched an astounding 7.2 billion videos—the average user viewed 151 minutes of video.2

This huge increase in video usage has caught the eye of both advertisers and industry giants—so much so, in fact, that Internet video has quickly become the primary focus of their attention. In October 2006, a huge market shift occurred when Google acquired video behemoth YouTube. YouTube’s success stems from a very simple offer: It allows people to upload videos onto its Web site.

On the average day, 65,000 new videos are uploaded and more than 11 million videos are viewed on YouTube.3 WhenGoogle acquired it, YouTube had limited revenues and a small workforce. Today, YouTube is the fastest-growing Web site in the United States, and 30% to 40% of all uploaded videos are copyrighted by those who upload them.

In other words, YouTube is not just a place to view home videos of chihuahuas chasing the lawn sprinkler around the backyard. Nowadays, more than one third of the videos being uploaded likely belong to commercial entities.

The Internet video revolution is not limited to one Web site. In March, NBC and News Corp (Fox) announced plans to launch a major competitor to YouTube. Their alliance also includes the other three most popular search engines: Yahoo, MSN, and AOL.

Other media heavyweights such as Ask.com, ABC, CBS, and Cox Communications have yet to state their intentions. But surely they are not going to sit on the sidelines very long. The next 18 months promise to be very interesting, as big industry players try to develop their long-term strategies for Internet video.

How Internet Video Affects You

Currently, YouTube dominates the Internet video market, but the search engines are taking steps to change this. Each search engine now has a video “channel,” and they all have started to index video for keyword searches.

Google’s video offerings are beginning to look just like traditional search results. The only difference is that you have to click on a video tab on Google’s home page (just above the search box) before conducting your video search.

Your practice is directly affected by this because there now exists an entirely new set of listings for potential patients to dig through. This includes listings with a marketing or advertising bent; the eMarketer survey cited above found that 66% of video viewers have viewed Internet video ads and 44% have acted on them. The study also found that 76% of users told a friend about a video ad they had seen.1

Internet video is so popular with consumers, in fact, that video ads are now more effective than any other form of advertising. Consumers are twice as likely to click on a video ad as they are to click on a static image (JPEG) advertisement.4 Many television viewers get up and leave the room during commercials, but Internet users are willing to watch video ads.5

Even more importantly, the information sinks in. A study recently conducted by Dynamic Logic concluded that video ads increase brand awareness by 6.1%, online ad awareness by 18.1%, and message association by 9.3%.6

This turn of events is extremely important for businesses such as yours that are attempting to attract search-engine traffic to their Web sites. By including video on your site, you may be able to increase the number of high-profile first-page listings your Web site gets.

Don’t Be Left Behind

The recent growth of Internet video has the potential to change the way the Internet and its users interact in the future. With these significant market forces quickly coming into play, your practice cannot ignore Internet video if it intends to maintain a leadership position.

Although no one can predict exactly where the pieces will fall, those who follow the Internet closely all agree that video is shaking things up at the foundation level. The past two quarters in particular have seen substantial movement in this area, with the most powerful search engines and traditional media outlets drawing their battle lines.

In the future, understanding the relationship between video SEO and traditional SEO will be paramount to moving your practice forward. Are you satisfied with where you are today, or would you like to be positioned for the next wave of strategic Internet development? It’s a question worth pondering.

Robert C. Silkey is the founder, CEO, and president of Einstein Medical, an Internet development company that provides marketing services to physicians and dentists. This article is an excerpt from the Einstein Medical white paper, SEO, Video, and the Future of Internet Marketing: How to Get Ahead of the Curve in 2007, © Einstein Medical Inc 2007. For more information, visit www.einsteinmedical.com. 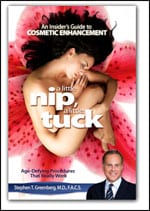 Good to the Last Drop: Creating content that goes the distance