Teen Girls Are Having Genital Surgery to Look More Like Barbie

In a world where pornography is now easily accessible and sharing intimate photos is frequent, experts across countries say more young women are being driven to seek a procedure called labiaplasty: cosmetic surgery that reshapes the female genitalia to be more aesthetically “pleasing.”

Several adolescent gynecologists told the BBC that young girls (under the age of 15) were increasingly seeking out the operation, which shortens and reforms the labia minor surrounding the vagina—most often because they are distressed by the size or shape of their vulvas. The New York Times reported an 80% year-over-year increase in girls under 18 having labiaplasty between 2014 and 2015, when 400 girls went through the procedure. In 2016, labiaplasty was the second-fastest growing cosmetic procedure in the US after breast enlargement, according to the American Society for Aesthetic Plastic Surgery.

Figures from the UK show that in 2015-15, 219 girls under age 18 had labiaplasty conducted by the National Health Service (NHS). That figure has been relatively steady over the past decade at least, and some of those surgeries relate to injury, recurrent disease, or infection, according to the NHS. Figures aren’t available for private clinics in the UK, which are more likely to conduct cosmetic surgery.

Labiaplasty can be conducted for medical reasons, for example if a woman’s anatomy is causing serious discomfort during sport or sex. It is also used as part of the reconstructive process for victims of female genital mutilation. The problem, critics say, is if young women are being driven to seek surgical changes because of negative perceptions of their natural anatomy—which could be being shaped by the ubiquity of hairless, “neat” vulvas in pornography and pop culture.

Cosmetic surgeons appear to be feeding the stereotype. At the Toronto Cosmetic Clinic in Canada, for instance, a procedure called “The Barbie Labiaplasty” (named after a doll that has doesn’t have genitalia) involves almost completely removing the inner lips of the vulva, and possibly reducing the outer lips as well. The result, as its website describes it, is a “smooth look” that is “tight and petite” with a “streamlined appearance.” The clinic’s director told CBC News that demand for the procedure has “spiked” since it was first offered in 2005.

The uptick in adolescents seeking labiaplasty and breast surgery led the American College of Obstetricians and Gynecologists to issue updated guidelines for doctors this year. “This age group may be under particular stress regarding these issues because of societal conceptions of the ideal female body and parental concerns for body perfection,” the ACOG said. It suggested doctors council patients carefully, reassure them when everything is normal, and screen for body dysmorphic disorder, an anxiety disorder that causes people to have a distorted view of how their body appears. 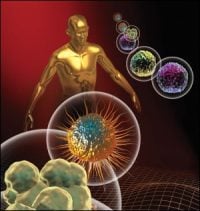