Hair loss affects about 35 million men and 21 million women in the United States. Most often, hair loss is not caused by an illness, but is simply a genetic trait. Currently, there are several available treatments for restoring a natural-looking head of hair.

At the Beverly Hills Institute of Aesthetic and Reconstructive Surgery in Beverly Hills, Calif, Richard Fleming, MD, and Toby Mayer, MD, developed the Flap Procedure, now known as the Fleming/Mayer Flap, as a solution to male pattern baldness.

“The Fleming/Mayer Flap is a procedure requiring great skill and expertise to achieve the best possible results, especially when performing it on different ethnicities where hair and skin differs,” say Fleming and Mayer.

The flap is transferred 1 week later (2 weeks after the initial procedure). Using light general anesthesia, the entire frontal bald scalp is removed and replaced with the flap, which has hair of normal length, texture, and density. With only frontal baldness, one flap may eliminate the baldness.

For patients who have or will develop more hair loss, a second flap can be moved from the opposite side of the head in about 3 months and placed behind the first flap. Scalp reductions are then done between the flaps and behind the second flap.

Scalp reductions are an important adjunctive procedure when performing hair-replacement surgery. With the Fleming/Mayer Flap procedure, reductions are done between the flaps and behind the second flap to maximize the coverage of the procedure.

The discomfort of the procedure is minimal, according to Fleming and Mayer. A dressing is worn for 3 to 4 days after flap rotation; no hair is cut during any of these procedures, so the hair may be shampooed and styled immediately after the dressings are removed. The stitches at the hairline are removed after 6 days. After 10 to 14 days, the stitches behind the flap and on the side of the head are removed.

Because the flap is never totally separated from its blood supply, there is normally no temporary hair loss that occurs and coverage is immediate.

Fleming and Mayer say they have spent more than 30 years enhancing and perfecting their procedure.

“Among our significant refinements of the Fleming/Mayer Flap is the ‘sculpted hairline,’ a procedure designed to create an extremely natural hairline. Originally, some 30 years ago, the hairline was made straight, but we created this technique so that now it has a natural irregularity. The new hairline is created so the hair will grow through the incision as well as in front of the incision.”

WHO IS A GOOD CANDIDATE?

The best candidates for this surgery are men who have been losing their hair due to male pattern baldness for more than 5 years or have progressed to a Norwood class 3 or above, who have realistic expectations and understand that their hair loss might continue to progress even if they are taking prescription medication to stop the progression, who have been balding for many years and whose pattern has stabilized and are interested in just adding some hair to provide a more youthful appearance, and who have lost hair due to trauma or burns.

Most patients who are considering surgical hair restoration are not aware of the pitfalls of this procedure. That is why it is important for physicians to discuss the procedure in detail with their patients.

According to Jeffrey Epstein, MD, FACS, board-certified facial plastic surgeon and hair-restoration surgeon, and a member of the International Alliance of Hair Restoration Surgeons, many risks and complications are associated with scalp flap procedures, especially when they are performed by a surgeon without extensive experience. Some complications include partial or complete failure of the flap; visible scarring along the hairline or donor area; and most importantly, with further progression of hair loss, the risk of an unnatural appearance.

When asked which hair-restoration technique is the safest, Epstein says, “The gold-standard-microscopic follicular unit grafting in which as many as 8,000 hairs (3,500 grafts) can be transplanted in a single safe procedure.” 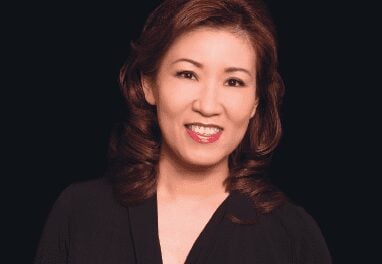 Enhancing Lives As Well As Faces

The Hair She Wants