Nearly a year after her extensive and groundbreaking face transplant surgery, blood vessels from the transplanted tissue have integrated with the existing tissue of Connie Culp. Culp, a 46-year-old from Uinionport, Ohio, has had no significant complications and her sensory and motor abilities, including the ability to speak, continue to improve, they say in the November/December issue of the Archives of Facial Plastic Surgery. In addition, she reports that she can taste what she eats, smell, and breathe through her nose.

In 2004, Culp was victim of a shotgun blast to the face, which destroyed the middle part of her face, including her nose and nasal passage, upper jaw and cheeks, and she lost her sight. In December 2008, eight surgeons from the Cleveland Clinic replaced 80% of Culp’s face and jaw during a 22-hour operation, grafting a donor’s face into her’s. Culp’s "near-total" face transplant was among the most extensive ever performed. The surgery replaced much of the soft tissue of her face, the bony structure of the palate, and her upper jaw.

Making the surgery even more challenging, the transplant was accomplished after she had endured 23 failed attempts at reconstructive surgery. The earlier operations caused extensive scarring and destroyed blood vessels, further complicating an already difficult task.

PSP has interview one of the surgeons involved in this case, Frank Papy. MD. "I was the lead craniofacial surgeon. She’s doing well and not rejecting her face. We did about a 70% to 80% facial reconstruction from the lower eyelids on down," he says. "The nose, upper and lower jaw, and the sinuses are all from a donor patient.

"The key to that was not just the technical feat but how can we allow the patient to accept the donor tissues without the antirejection meds. However, she was an amazing technical feat, and we are going to evaluate a second patient," Papay adds.

Culp will likely have another surgery later this year to remove extra glandular tissue around her lower jaw. If surgeons get their wish, the final outcome will look remarkably like a normal face.

"If the promising initial results continue, the operation may become standard of care for extensive facial injuries," according to the report. 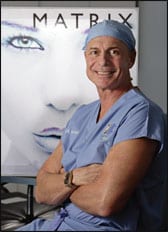 Implants For The Lower Face