A study that examined the prevalence of acne in adults age 20 and older confirms that a significant proportion of adults continue to be plagued by acne well beyond their teenage years. In particular, women experience acne at higher rates than their male counterparts across all age groups 20 years and older.

In the study entitled, “The prevalence of acne in adults 20 years and older,” published online in the Journal of the American Academy of Dermatology, dermatologist Julie C. Harper, MD, FAAD, associate professor of dermatology at the University of Alabama in Birmingham, Ala, and her colleagues at the University of Alabama at Birmingham School of Medicine, surveyed a random sample of men and women aged 20 and older to determine the prevalence of persistent acne that continued after adolescence or new adult-onset acne.

“Although acne is one of the most common skin diseases, there is a general misconception that it only affects teenagers,” says Harper. “As dermatologists, we treat acne patients of all ages—from those who have experienced acne since they were teenagers to others who have developed the condition for the first time as adults. Our study set out to determine just how common acne is among adult men and women.”

In the study, 1,013 men and women aged 20 years and older were asked to complete a one-page questionnaire, which was designed to evaluate the prevalence of acne in adults across various age groups. Survey questions gauged whether the participant had ever had acne or pimples, including during their teens or later in life (in their 20s, 30s, 40s, and 50s or older). The survey also asked participants to judge whether their acne had become better, worse, or stayed the same since their teenage years.

The survey found that for every age group following the teenage group, the reported incidence of acne was significantly higher among women than men.

A separate section of the survey, which included questions assessing aspects of acne specific to women, asked female participants to note changes in acne around the time of their menstrual period, their pre-menopausal or post-menopausal status, and the effect of any treatments for symptoms of menopause on acne. Of the pre-menopausal women surveyed, 62% noted that their acne gets worse around the time of menstruation. In addition, of the 86 women who reported using either hormone replacement therapy or over-the-counter medications for the side effects of menopause, nine women reported improvement in their acne with the use of these therapies. However, 75 of the women reported no change with these menopausal therapies, and two women reported that their acne symptoms worsened.

“Our findings demonstrate that acne is a persistent problem for people of all ages, but clearly women seem to be affected by this medical condition more than men when we examined the 20-plus age groups,” says Harper. “Research examining the role hormones play in the development of acne may hold the key to explaining why more adult women are affected by acne and could lead to future treatments to control this condition.”

The American Academy of Dermatology recommends the following tips for the proper care and treatment of acne:

• To prevent scars, do not pop, squeeze or pick at acne; seek treatment early for acne that does not respond to over-the-counter medications.

• Use “noncomedogenic” (does not clog pores) cosmetics and toiletries.

• Use oil-free cosmetics and sunscreens.

• Avoid alcohol-based astringents, which strip your skin of natural moisture.

• Shampoo hair often, daily if it is oily, though African-Americans may prefer to wash it weekly.

• Use medication as directed and allow enough time for acne products to take effect. 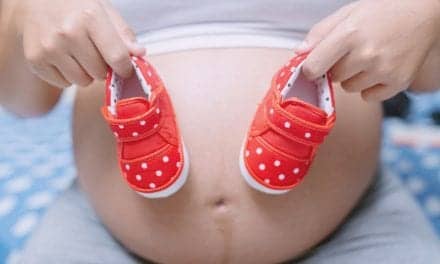 Why Pregnancy Acne Is Not the Same as Teen Acne 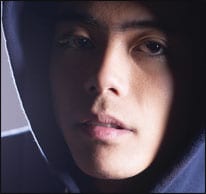