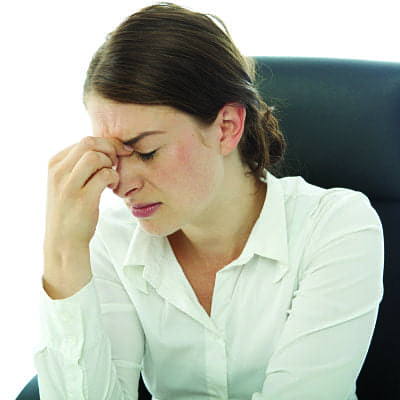 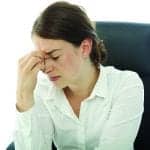 An estimated 35 million Americans suffer from migraine with an approximate prevalence of 18% in women and 6% in men. Treatment of migraine headache is predominantly focused on nonpharmacologic (avoiding migraine triggers) and pharmacologic (acute and preventive medications) interventions. However, a distinct population of patients does not adequately respond to or is not compliant with traditional therapies for a variety of reasons.

For this subset of patients, surgery may be an option. There are several known migraine headache trigger sites that are operated on regularly. Oftentimes, more than one site is causing the headache. Research out of the Austen Group at Massachusetts General Hospital suggests a role for targeting both the frontal and temporal trigger sites through an upper eyelid incision among the most severe migraine patients.the evolution of migraine surgery

In the 1990s, the use of the muscle relaxant Botulinum toxin became popular in the treatment of chronic migraine. Its effect was thought to occur through paralysis of muscles surrounding nerves in areas of pain. Simultaneously, Cleveland-based plastic surgeon Bahman Guyuron, MD, observed that patients undergoing cosmetic forehead rejuvenation experienced migraine headaches less frequently after the procedure. This operation involves the removal of a muscle in an area of the forehead where patients experience migraine pain.

Combined, these observations led to a theory that migraine headache pain can be triggered by compression of superficial nerves by surrounding tissues, such as muscle, fascia, and bone. Guyuron was the first to describe a procedure now known as migraine nerve-decompression surgery to release nerves from these tissues. He has described several migraine headache trigger sites (frontal, temporal, occipital) that are now operated on routinely by many plastic surgeons.

At the frontal trigger site, located in the area of the eyes and forehead, the supraorbital and supratrochlear nerves can be irritated. The temporal trigger site involves the zygomaticotemporal nerve and the auriculotemporal nerve. The pain is described as pulsatile by some, but not all patients, as these nerves are in close proximity to the supratemporal artery. The occipital trigger site at the back of the head is related to compression of the greater occipital nerve, which is the largest sensory nerve in the body, and the lesser occipital nerve.

While many patients experience pain in only one specific trigger site, it is not uncommon to experience pain at multiple sites simultaneously. Further, migraine pain can start at one site, but spread to other areas.

During nerve-decompression migraine surgery, nerves at one or multiple common migraine headache trigger sites are released from surrounding structures such as bone, muscle, fascia, and vessels. Several surgical approaches to different trigger sites have been described. In general, surgeons use an open approach for the occipital trigger site, in which incisions are made in the hair-bearing area of the scalp. The frontal and temporal trigger site is commonly decompressed through an open approach or using an endoscope.

Recently, William Gerald Austen, Jr, MD, chief of plastic and reconstructive surgery and burn at Massachusetts General Hospital in Boston, described an alternative technique to decompress migraine trigger sites. Austen started his own migraine surgery program at Massachusetts General Hospital in 2007 and has since seen and treated hundreds of migraine surgery patients. Austen treats both the frontal and temporal trigger sites through an upper eyelid incision. This type of incision is commonly used to remove excess skin of the lid during blepharoplasty. “We confirmed that surgery through standard incisions used for cosmetic procedures can be very effective in treating some of the most severe cases of chronic migraine,” he told Massachusetts General Hospital during an interview. In a scientific paper published in the Journal of Plastic and Reconstructive Surgery, Austen states that the exclusion of endoscopic techniques may be useful for surgeons with little experience or limited access to the endoscope and in patients with challenging anatomy.

In our study of 43 procedures performed on 35 patients, we found that the frequency, duration, and pain severity of migraine attacks improved in more than 90% of patients (more than 50% improvement). Complete relief of migraine headache (no migraine after surgery) was experienced by 51% of our patients. Adverse events were minimal and included decreased sensation and itching. These results compare to several other research groups who have reported an improvement of outcomes in 68% to 95% of patients after surgery.

Conclusion and areas for future research

Nerve-decompression migraine surgery is a valid option for treating a select group of migraine patients. It has been proven to yield good results by several research groups. This novel concept may offer relief to a group of patients who have exhausted the pool of existing therapies.

“We’re still at the early stages of developing this concept and are now conducting a prospective study to find better ways of evaluating which patients we can help,” Austen says. “We need to develop more evidence that this approach will be successful in the hands of surgeons at many different centers. No one is claiming that this is a cure for migraines, but the results of our study and others clearly indicate that this procedure can make a big difference in the lives of the right patients.”

One of the biggest challenges in migraine surgery is the evaluation of chronic migraine patients to determine if they are likely to benefit from surgery. Currently, identification of suitable patients is an art that only a few experts in the United States are trained in.

Our research team is now working to develop a valid and reliable tool that will help physicians identify patients and guide surgical decision-making. Other important projects we are working on include standardization of outcomes and description of the pathomechanism leading to nerve-compression migraine.

Lisa Gfrerer, MD, BA (PhD Candidate), is the Cannon Postdoctoral Fellow at Austen Plastic Surgery Innovation Group of Massachusetts General Hospital in Boston. She can be reached via PSPeditor@allied360.com.

What Is Dermarolling and Does it Hurt?