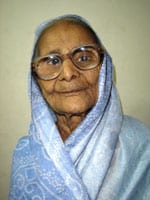 TheSpoof.com, following in the tradition established by The Onion and other mock-newspapers, has published a "pseudonymous" news piece, FDA Warns Botox Causes Infection and Death.

The FDA has announced that after intensive investigations it has determined that Botox injections lead to infection and death. "The poor bastards who think they can make age lines vanish with Botox are deluded and totally doomed," said FDA chief Ralph Roachman. The article, which was written by one "Felix Minderbinder," concludes that Botulinium toxin is not Botox Cosmetic at all but a variation on botulism that has been weaponized by many governments for biological warfare — noting that "During Operation Mongoose in 1961, the CIA saturated some of Fidel Castro's favorite cigars with botulinum toxin for an assassination attempt, and that the drug had previously been used by "the notorious Japanese biological warfare group Unit 731, [which] fed botulinum cultures to prisoners during Japan's occupation of Manchuria in the 1930s."

"Minderbinder" is a take-off on Lieutenant Milo Minderbinder, a fictional character in two of Joseph Heller's novels, Catch-22 and Closing Time. Milo Minderbinder was brilliant but had no conscience. The accompanying photograph (see left) comes with a caption that reads, "Botox Victim."

The article is in terrible taste but, after all, its purpose is to offend and amuse.