The FDA this week announced the approval of Sculptra Aesthetic, injectable poly-L-lactic acid manufactured by Sanofi-aventis (Bridgewater, NJ) for the correction of shallow to deep nasolabial fold contour deficiencies and other facial wrinkles.

The government approval of Sculptra Aesthetic is based on results from a randomized, comparative, evaluator-blinded, parallel group, multicenter study of 233 patients. Patients received Sculptra Aesthetic or an approved human derived collagen for the treatment of their nasolabial fold wrinkles.

No serious adverse events were reported in this study for either treatment, according to a company press release. Commonly occurring short-term injection site reactions were bleeding, tenderness or pain/discomfort, redness, bruising, itching or swelling and were reported in both treatment groups. Other adverse events reported during the 25 month trial included small bumps and lumps, some with a delayed onset and were mild or moderate in intensity. Most side effects resolved on their own; one small lump required treatment by the healthcare provider. 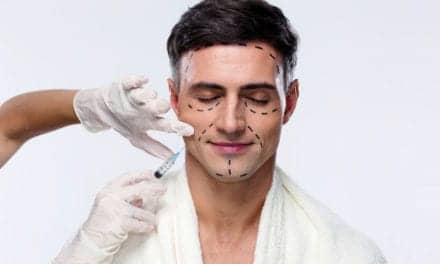