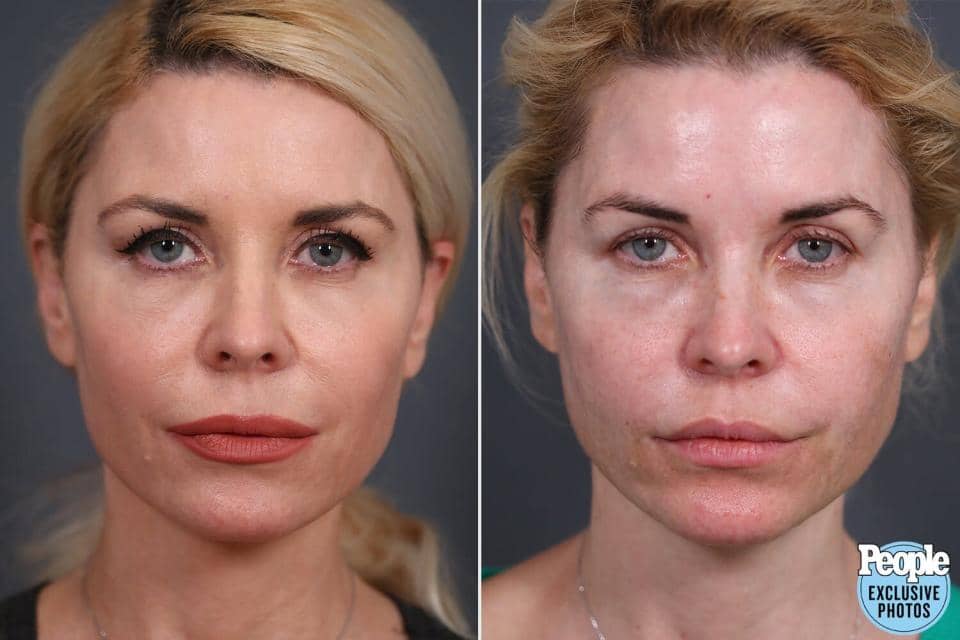 45-year-old Passions actress McKenzie Westmore, who founded the cosmetic company Westmore Beauty, is speaking out about a bad experience she had with filler following her battle with anorexia.

The resulting weight loss affected her appearance, and people she trusted in the TV industry at the time recommended she try fillers to counteract the “gaunt” face caused by her anorexia. This led to more than a decade of over-using filler, after which lumps under her skin began to form. By the summer of 2022, McKenzie, who had recovered from her eating disorder, decided it was time to seek help.

She turned to board-certified facial plastic and reconstructive surgeon, Dr. Paul Nassif, who is known for co-hosting the reality show Botched, for help.

Dr. Nassif tells People that when too much filler is injected into one area, it can often migrate to other, unintended, parts of the face. Also, if injection appointments aren’t spaced out properly, it can cause the skin to fill too quickly—which can also lead to migration.

Read the full article on People.

Everything You Want to Know About Baby Botox

Timeline of the History of Plastic Surgery