Not Without its Risks

Recent studies show that the incidence of bariatric surgery is growing rapidly, and that cost and safety are major concerns

Excess skin and fat are not the only concerns of patients considering bariatric surgery. Several factors and potential complications of the surgery should be considered, along with the pros and cons of the procedures themselves.

According to recent reports, among those factors and potential complications to consider are the out-of-pocket expenses, the cost to the work environment, the length of postsurgery hospitalization, the risk of severe hypoglycemia, the potential for additional hospitalizations or new surgeries in the years after the procedure, and even the possibility of death.

A study by researchers at the University of Chicago published recently in the Journal of the American Medical Association (JAMA) indicated that the number of bariatric surgeries performed in the United States increased “substantially” from 1998 to 2003.1

The researchers estimated that if the observed rate of growth continues, approximately 130,000 bariatric procedures will be performed in 2005. That figure is expected to increase to as many as 218,000 in 2010, with a substantial cost to the US health care system.

The study also revealed disparities among those who received bariatric surgery, including “imbalances” between men and women and among socioeconomic groups—a finding that the authors called “worrisome.” From 1998 to 2002, an increasing percentage of women, patients with private insurance, patients from ZIP codes with the highest annual household incomes, and patients aged 50 to 64 years underwent bariatric surgery.

Other findings revealed that postsurgery lengths of stay in hospitals decreased from 4.5 days in 1998 to 3.3 days in 2002, and that the rates of in-hospital complications and death held steady during that time period.

The Cost of Being Obese

Two studies published in the October 2005 issue of the American Journal of Managed Care provided information on the financial implications of bariatric surgeries in particular, the cost to the work environment, and whether the actual cost of the procedure is linked to the number of bariatric surgeries demanded by the public.

In one study, researchers at RTI International, a Research Triangle Park, NC-based independent nonprofit research organization, used national data from 2000 and 2001 to create a simulation model to estimate the costs of obesity among full-time employees.2 They also projected the expected number of years before bariatric surgery becomes a cost-saving procedure.

The study revealed that, based on existing guidelines, approximately 9% of full-time employees in the United States—29% of the obese workforce—are indicated for bariatric surgery. Those workers were found to have missed work 5.1 more days, and had higher annual medical costs—by $2,230 in 2004 dollars—than their normal-weight counterparts. The model revealed that, unless the employee shares more of the costs, it would take about 5–10 years for an employer to recover the full cost of the surgery, .

The second study—a collaborative effort among researchers from RTI, Ethicon Endo-Surgery Inc, Cincinnati, and Copernicus Marketing Inc, Waltham, Mass—used an Internet survey of 1,802 obese individuals who were eligible for bariatric surgery, as well as national data on privately insured bariatric surgery-eligible individuals, to estimate the demand for the procedures, taking into account various out-of-pocket costs.3 The study was designed to provide employers and insurers information on the financial impact of providing coverage for bariatric surgeries.

Severe hypoglycemia is one potential complication of gastric-bypass surgery, according to a collaborative study by researchers at Joslin Diabetes Center, Beth Israel Deaconess Medical Center, and Brigham and Women’s Hospital, all in Boston.

The study, published in the November 2005 issue of the journal Diabetologia, chronicled three patients who lost significant amounts of weight via gastric-bypass surgery.4 Each patient developed severe postprandial hypoglycemia—low blood glucose following meals, which can cause confusion and, sometimes, blackouts—and hyperinsulinemia.

All three patients failed to respond to medication or dietary changes, and eventually required the partial removal of their pancreases. At that point, it was discovered that the insulin-producing islet cells in the organs had proliferated abnormally.

Among the symptoms that could indicate severe hypoglycemia in patients who have had gastric-bypass surgery are confusion, lightheadedness, rapid heart rate, shaking, sweating, excessive hunger, severe morning headaches, and extreme nightmares.

According to the researchers, among its potential causes is “dumping syndrome,” which occurs when the small intestine fills too quickly with undigested food from the stomach—a complication in patients who have undergone gastric-bypass surgery. Other causes can include overactive islet cells, a tumor in the pancreas that produces too much insulin, or familial hyperinsulinism.

Additional contributors to the overproduction of insulin in patients who have undergone bariatric surgery are improved insulin sensitivity; increased numbers of insulin-producing islet cells in the pancreas associated with the original obesity; and the secretion of high levels of GLP-1 (glucagon-like peptide 1) and other hormones, which may stimulate increased insulin secretion.

Researchers at the University of California, Los Angeles (UCLA) found that among patients who have undergone gastric-bypass surgery, the rate of hospital admissions increased significantly in the year after the operation compared with the previous year. This study was published in JAMA and focused on inpatient hospitalization rates before and after Roux-en-Y gastric bypass (RYGB) was performed.5 The study encompassed the 60,077 pa­tients in California who underwent RYGB surgery between 1995 and 2004.

“Our findings suggest that, especially within the first 3 years, the dramatic increase in hospitalizations is due to two factors: an increase in hospitalizations for post-RYGB complications or symptoms, and an increase, especially in the second and third years postprocedure, in the numbers of elective procedures—gall bladder surgeries, plastic surgeries, and arthroplasty,” says David Zingmond, MD, PhD, assistant professor of medicine and investigator at the Center for Surgical Outcomes and Quality at UCLA.

Longer-term hospitalization rates post-RYGB are not well-defined, Zingmond says. “These data suggest that individuals continue to have higher rates of operation postprocedure out to 5 years. However, the greatest number of individuals receiving the procedure have been within the past 3 to 4 years, and many of these procedures are laparoscopic as opposed to earlier years,” he says. “The jury is still out identifying the rates of hospitalization for these individuals.”

However, the study “in no way demonstrates that RYGB is a bad procedure, but rather provides information that was previously lacking,” Zingmond says.

Researchers from the University of Washington, Seattle, assessed the 30-day, 90-day, and 1-year post–bariatric-surgery risks of death among Medicare patients in general, and compared the older patients with the younger ones. They found that Medicare patients have a substantially higher risk of early death following bariatric surgery than was indicated in previous studies. They also found that the risk of death was higher among men, older patients, and patients of surgeons who perform fewer bariatric procedures.

The study, also published in JAMA, evaluated data on the 16,155 Medicare patients who underwent bariatric surgeries from 1997 to 2002.6 The rates of death at 30 days, 90 days, and 1 year postsurgery were 2.0%, 2.8%, and 4.6%, respectively. Men were more likely to die than women after bariatric surgery, as were patients who were aged 65 or older.

After adjustment for sex and coexisting-illness index, the chance of death within 90 days postsurgery was 5 times greater for Medicare beneficiaries aged 75 years or older than for those aged 65–74, and was 1.6 times higher among patients whose surgeons performed fewer bariatric procedures.

Although the findings were of concern, the researchers stated that various factors could be related to the death rate, including that “older patients do not tolerate surgical stress as well as younger patients and may also have less benefit after surgery than younger patients,” because of long-term, accumulating damage to internal organs from obesity.

Despite the potential for complications, one thing seems certain: The demand for bariatric surgery is expected to soar in the coming years. The challenge will be in meeting that demand in a manner that not only decreases an individual’s waistline, but also minimizes potential complications. PSP

Danielle Cohen is a staff writer for Plastic Surgery Products.

Fad Diets Won’t Save You From Acne 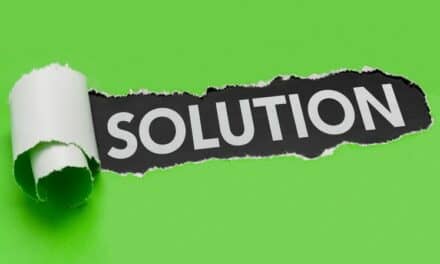