It’s staggering to see how diversified social media and online communication have become in 2015. To think that a dozen years ago, social media was in its infancy. We had MySpace and LinkedIn, and along came Facebook in 2004, which blew it all up.

While many of us in social media tend to stick with what we know, it has become harder to differentiate yourself on platforms that have hundreds of millions to billions of users vying for eyes, ears, and thumbs. One thing is certain: we are seeing a meteoric rise in visual and video content across all mobile platforms.

YouTube was once the mother of all video channels, but now videos can now be shared everywhere from Snapchat to Twitter. Video has become an essential tool for social media marketers.

Social media marketers are constantly faced with new, fresh, and exciting apps and networks that seem to crop up overnight. Every one of them seems poised to become the next big thing. The natural urge is to jump in headfirst. However, cooler heads must prevail, or it will fast become overwhelming to your already overworked staff.

You don’t have to be on a dozen platforms to be effective. In fact, you don’t even have to be on half a dozen. You do, however, have to be on the ones that really matter. Most importantly, you should be an early adopter of the channels that your patients and target audiences are most active on.

The challenge of many of the new crop of apps is that they live on an iPhone or Android and are instant. Therefore, content cannot be scheduled in advance on an online platform. This may change soon as users are clamoring for the ability to schedule content.

Here’s a snapshot of some of the latest and possibly greatest social tools and channels:

Instagram, an app owned by Facebook, is overtaking Pinterest in sheer numbers and growth. Although “Insta” is still largely younger in its reach, its appeal is quickly broadening. Social selling is still more advanced on Pinterest, which is like a scrapbook for sharing your passions and interests. However, Instagram is glitzy and in the moment, especially for celebrities, supermodels, and reality TV stars, who use Insta as their “go to” communications tool. People now use it for sharing the events of their lives, vacation photos, kids, pets, and milestones, as they once did exclusively on Facebook.

The biggest challenge for practices with Instagram is that you need something to take pictures of on a regular basis; and I don’t mean patients or their before/after photos. Therefore, the value of being on Instagram is somewhat limiting. However, it’s vital to be there now. It also allows
you to customize hashtags and use scores of them. Hashtags are more impactful on Insta than on Twitter, where they get lost unless it is related to a topic that is trending.

After Instagram, Snapchat is the hottest thing around for reaching millennials—aka, the 18-to-25 set. Just look at the rising number of Instagram profiles that cite their Snapchat ID for validation. Snapchat is a mobile app that allows you to share pictures on your phone. You can control who gets to see and receive your images. Once someone receives your snap, it will be deleted after the timer runs out, which is set from 1 to 10 seconds only. Snapchat is trending, so if one of your target audiences is under 30, test the waters.

Invest in some time-saving tools to create good-quality visuals and videos. For example, http://www.olloclip.com and others like this offer a portable clip-on wide-angle camera lens that snaps right onto your phone for professional photo quality at a fraction of the cost of a single-lens reflex camera. Photo editing apps abound that make your amateur snaps look stunning and unique. Check out Filterra, Cover, PhotoEffect, Filterstorm, Lipix, and Snapseed.[/sidebar]

Vine, owned by Twitter, is a mobile short-form video sharing platform where videos of up to 6 seconds can be viewed. A sequence of short videos can be looped together, like a time-elapsed film. (Think Charlie Chaplin in the 1920s.) Micro videos on Vine are even more viewed than Instagram videos. No real editing is required, and your Vine videos can be viewed on Twitter. A quick search for “cosmetic surgery” revealed only 75 hits.

Although Tumblr also skews young, it has some mainstream appeal. Tumblr is essentially a blog platform where short pieces can be created to go live on your branded Tumblr page. Big consumer brands, celebrities, and beauty and fashion companies are heavily invested in this blogging platform. Quotes, Gif images, photos, and video content can be shared. If you want to see an example, search for Beyoncé, who is one of its most active and popular Tumblr users.

Periscope, which is owned by Twitter, is hot and trendy among a certain set, but it is also fraught with challenges, the most obvious of which is what is good streaming fodder for followers for a cosmetic practice? And what are the benefits? Are you going to be able to convert followers who view your quick video stream into qualified patients who are seeking your services? The jury is still out, but there is no doubt that more practices are active on Periscope.

Meerkat is the rival to Periscope, as they are both streaming video platforms. Meerkat has struggled since Twitter basically kicked them to the curb when they acquired Periscope. That said, Meerkat has some unique features. You can film and share your Meerkat videos through a neat gadget called GoPro Cameras. Users will need an iPhone and a wireless connection to the camera to get this to work seamlessly. Of the two rivals, Periscope seems to have the most traction to date.

Wendy Lewis is president of Wendy Lewis & Co Ltd, Global Aesthetics Consultancy, ?www.wendylewisco.com, founder/editor in chief of beautyinthebag.com, and a contributing editor to Plastic Surgery Practice. She can be reached at wl@wlbeauty.com. 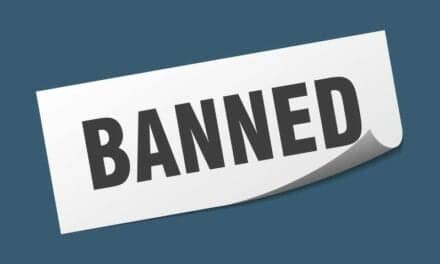 Has TikTok Banned Plastic Surgery Ads … or Not?