Nanotechnology: The Next Wrinkle Fighter?

A Michigan State University chemical engineer has discovered that nanoparticles can stop thin polymer films from buckling and wrinkling. The discovery may be a key to fight buckling in human skin.

Researchers say it’s all about nailing a wrinkle before it starts.

“Everything starts at a really small scale, so if we can prevent the buckling at the very beginning—at the nano level —we can eliminate large-scale wrinkles,” says Ilsoon Lee, PhD, an assistant professor of chemical engineering at Michigan State University.

Lee, along with PhD student Troy Hendricks, published an article in the American Chemical Society’s Nano Letters in December 2006 that outlines the potential of using extremely small nanoparticles—50 nm—between films to smooth out the tiny buckles that are the origin of wrinkles.

While the article addresses breakthroughs in the buckling of polymer films as they were compressed or heated during the manufacturing process, Lee says the principles show enough promise to apply to human skin.

Nanoparticles already have entered the aesthetic marketplace because they can penetrate deeper into the skin, transporting vitamins and other compounds to plump and smooth tissue. However, Lee envisions thin films that can be injected between the thinning outer layer of the skin, the epidermis, which over time stiffens and buckles with aging, and the thicker dermis beneath it, which remains more pliable over time.

Lee explains that nanoparticles spread on a thin film can break up the compressive forces on a plane and redirect them. Once the force is reduced below the critical buckling strain, the film will not buckle. No buckles, no wrinkles.

Nanoparticle films alone would not be a face lift, but Lee sees the possibility in a film that could be added during an aesthetic procedure, such as an eylid lift, to stabilize the improvements and prevent further wrinkling. He also sees applications in reconstructive medical procedures, such as artificial skin for surgery.

The ideas are in the early stages with health and safety concerns to be worked through. Lee’s lab is currently testing polymer films by applying various cells and proteins to see if there are toxic reactions. 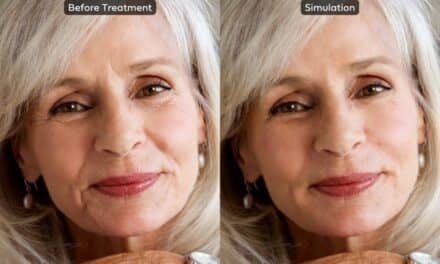