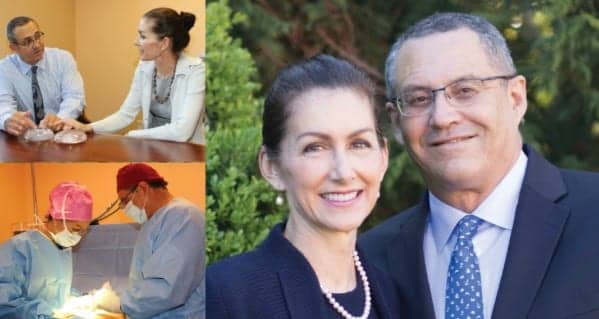 The update from two Stanford professors features a revised chapter on contracts and explores burnout and underrepresentation in the field.

When you train to become a plastic surgeon, you learn breast augmentation procedures, tummy tucks, cosmetic facelifts, rhinoplasty, where to place injectable fillers, and more. But traditional training does not typically teach you about business aspects such as how to find a job or negotiate a contract as an associate physician, the pros and cons of joining a group practice or which digital marketing and advertising campaign strategies work best.

And that’s why Joshua M. Korman, MD, FACS, and Heather J. Furnas, MD, FACS, teamed up 10 years ago during their residency program at Stanford University School of Medicine, Division of Plastic and Reconstructive Surgery to publish, The Business of Plastic Surgery: Navigating a Successful Career (World Scientific Publishing Company).

As the next decade of practitioners usher in fresh ideas about clinical procedures, medical research,  practice management solutions, and new technologies, a second edition (Thieme, September 2019) of this guide has become available in paperback (with complimentary access to a digital copy at medone.thieme.com).

The book features authors in the fields of medicine, law, finance, and technology who provide their expertise.  “It’s hard to find all of this information in one place, so we tried to get people who have a lot of experience in each of these areas to provide the information so that people can do better and live happier lives in the profession,” Korman says.

Korman, owner and operator of the Plastic Surgeons Institute in California, says another reason they wrote the book was to share business knowledge with all physicians. “This is the kind of book that is really helpful to the business of medicine—for many specialties. There are so many parts to it that are very applicable to physicians across the spectrum,” he says.

The update includes a revised chapter on contracts and a new chapter on how to avoid burnout. Korman and Furnas say they are particularly proud of a chapter that focuses on the rarely covered topic of underrepresentation in the plastic surgery industry—by race, ethnicity, sexual orientation, and gender. Furnas explores the changing demographics among each group, as well as how to tackle the issues and advocate for improvements in the challenges that each have faced.

“There were so many other things that we discovered in practice by making costly mistakes and stumbling along,” says Furnas, who co-founded Plastic Surgery Associates in California with her husband, Francisco Canales, MD.

When the book was originally released in 2010, social media wasn’t mainstream, and technology was not what it is today. Other changes between the 1st and 2nd editions, according to Furnas, include a decline in the number of surgeons going into private practice.

The book is 512 pages and features 57 featured illustrations. Doctors will learn about building and maintaining a website, marketing and monitoring a practice for increased productivity, asset protection, building a surgical suite, and the development of medical inventions.

The Stanford University professors – who share a combined 50 plus years of experience in the field,  are tentatively scheduled to discuss ‘The Business of Plastic Surgery’ at the 89th annual ASPS meeting at Moscone Center in San Francisco, Calif, Friday, October 16 thru Monday, October 19.

“People have been amazed at the transparency of the authors talking in real numbers and real salaries and real experiences that exposes themselves and is helpful for the reader,” Furnas says. “The book is also useful for the staff of plastic surgeons and representatives who love this book and have recommended it to everybody as a tool to navigate the business of plastic surgery.”

Plastic Surgery Practice (PSP) spoke with Korman and Furnas to learn more about the business of plastic surgery in 2020 and beyond. This transcript has been lightly edited.

PSP: How do you launch a career in plastic surgery?

HF: Most people start out performing reconstructive surgery and then begin aesthetic treatments with injectable fillers and gradually build up from there. At the same time, work on your website and search engine optimization—just to get your voice out there to become known. Then slowly expand into a larger space, with more staff, and eventually, if you’re doing aesthetic surgery, add a machine or two.

A lot of young people start with a salaried job while they’re trying to build a reputation, but then there is a sense that you’re busy at this salaried job where you’ve got a clinic full of patients with the assumption that you’re a well-trained surgeon ready to step into a practice and have those patients automatically fed to you. That can be a rude awakening.

Some people will hire an MBA. But for many practices, it’s hard to attract people to work at a medical practice. MBA graduates are looking to become the chief executive officer of a hospital rather than thinking about how complex and interesting  working in a plastic surgical practice is with several offices and medical spas. There’s real potential opportunity that I think is underappreciated. And MBAs are expensive to hire, so for a doctor looking to build staff at a new practice, that may be very difficult.

JK:  If you start out small with just one employee and a little office with one computer and not much else, then you don’t need that many patients to make a living. When business grows, that’s when you build up a lot of expenses, but with economies of scale, you can make it worthwhile.

For most plastic surgeons, the first job is not their last. And a lot of people transition from one type of practice to another—a different workplace to another. Because of that, it becomes a challenge for the existing plastic surgeon to take somebody directly from training because they don’t want to invest a whole lot of time, effort, and energy into the new person if they are just going to leave— or worse—go next door and take the patients with them.

PSP: Why is there a decrease in the number of plastic surgeons going into private practice?

HF: Things have changed from a generation or two ago. Previously, all you needed to start your own practice was a secretary, a calendar, and a pencil. Now there are computer systems, electronic medical records, additional support staff needed, and unfunded requirements, like having a translator—even if the reimbursement is less than the cost of a translator. There’s a lot of data entry and that leads to burnout because people are putting in plenty of extra hours. So the business is expensive and can be exhausting, particularly if you don’t run an exceptional practice or you’re in an area where reimbursements are not sufficient to pay the bills.

JK: The vast majority of physicians a generation ago were in private practice and the reimbursement systems that were in place at that time worked. With the changing landscape and the consolidation in medicine, there is a lot of reconstructive—insurance reimbursement—procedures, and this is very challenging for the individual practitioner. Larger entities are gobbling up smaller private practices, with offers of higher reimbursement and less paperwork to deal with.

However, as a part of a fee-for-service specialty, private practice still remains a viable option for some but requires knowledge of business skills. Starting a private practice can be very appealing, but the financial cost can also be an intimidating source of anxiety if you already owe a lot of money from medical school loans.

PSP: How do you strategize digital marketing and advertising campaigns to build a successful practice?

HF: Social media works well for some and not others. So you need to measure the return on investment (ROI) and look at the data. There are system management programs that can help, but they are not free. People who are on Instagram or Facebook and think it’s free are not measuring their ROI because very few of your followers actually see your post; it could be 2% to 4%.

There are plastic surgeons who have populated their practice through daily Snapchat feeds; it’s almost like having a television show. They’ll have a team of videographers, and they’re constantly posting their surgeries in the operating room. That’s a huge effort and not everyone has the time or personality, so I don’t think the majority of plastic surgeons are doing that.

It’s really important to look at customer management systems, Google Analytics, and ultimately focus on your website to get content out there with blogs, articles, or video productions on YouTube or Vimeo. At Plastic Surgery Associates, we do A/B testing and change the variables to see which one gets the most attention.

Then comes the interaction, but you also have to invest the time to respond. That’s where a lot of plastic surgeons fall flat. Having your name on a billboard or posting on social media just to get content out there is important but only the first step. If you just say “sale” or “come for special,” that’s dead in the water. You’ve got to get your followers asking questions about what you did and what was involved in the procedure. That’s when they start to engage and become interested in the practice.

JK: In a world of search engines and algorithms that are much more sophisticated, some doctors have very little knowledge about it and are vulnerable to business entities promising you the moon, the stars, and the first page of Google. You can have 1 million impressions, but unless it translates into patients, it can be very challenging—especially in parts of the country where the real estate is so high.

We live in a world where nobody wants to talk to each other on the telephone and everything is done by texting. You can blast into the airways to get people interested and reading about your reviews, but it’s still through human communication where people function and respond best to people by talking. Internal marketing is always better than trying to get people who have never heard of you and have to convince them, as opposed to people who are your mostly devoted patients. It’s also really important to understand that demographics are different, and the way somebody is convinced to come into a practice to see the doctor or the practice is really by someone talking with them on the telephone.

PSP: As a busy plastic surgeon, how do you avoid burnout and maintain work-life balance?

HF: We’ve always prioritized the family and kids. We told our staff that we “turn into a pumpkin” at whatever time we needed to pick up the kids. And you can’t schedule the two of us early because one of us is dropping off the kids. Now our kids our grown, but we have that same philosophy with our staff and think they really understand and perceive how much we care about them—not just for their work, for their personal lives.

JK: I went from a situation where I was working 6 days a week to 3 ½ days a week. I’m still focused on business at the practice but by having physician extenders, I’m trying to make revenue per hour more efficient, and work smarter, not harder. 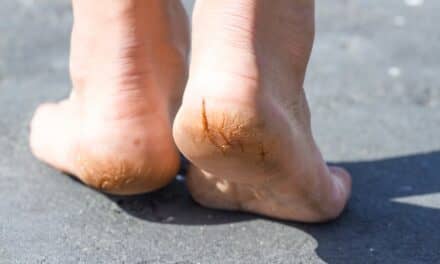 How to Care for Dry, Cracked Heels 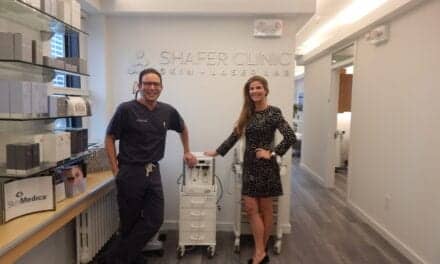 7 Tips to Grow Your Plastic Surgery Practice in 2021 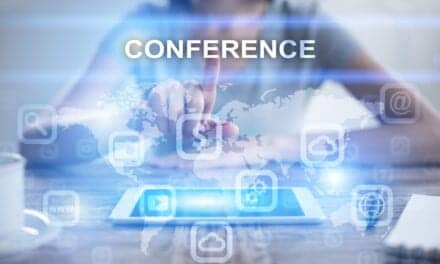 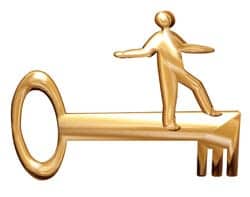 Should You Buy or Lease Your Office Space?