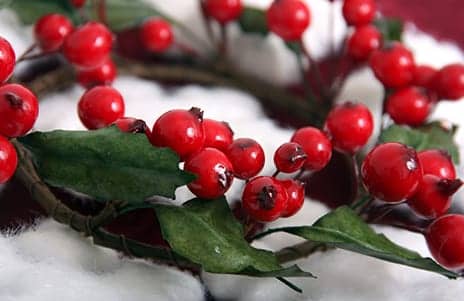 A molecule derived from a type of primrose may be a potent inhibitor of metastatic growth for a rare and aggressive cancer, as published in the journal Molecular Cancer Research.

Approximately 2000 adults are diagnosed with melanoma every year, in half of these cases the disease will metastasize to the liver and treatment options are scarce for these patients. Researchers from the Sidney Kimmel Cancer Center and the Icahn School of Medicine have found that a compound extracted from the Christmas berry primrose plant can stop cancer growth in preliminary tests; further testing could lead to new therapeutic options for those with melanoma.

Uveal melanoma accounts for 5% of all melanoma cases and is the most common eye cancer among adults forming in the melanocytes, although differing from skin melanoma both cancers are lethal. Radiation or surgery are the standard treatment for patients with primary UM that has not spread to other parts of the body, however metastases will occur in about half of these cases most often travelling to the liver; once spread patients often have only a year or so to live as no effective therapies have been developed.

FR900359 derived from Ardisia crenata of the primrose family was tested to investigate whether it may be able to fight the disease. FR900359 works by blocking a type of G protein that sits on a cell’s membrane called Gq which is a signalling molecule; a subset of the proteins are mutated in uveal melanoma turning on a molecular pathway that leads to cancer growth.

The team would like to repeat the findings in a mouse model of uveal melanoma as was done in the lab, moving towards testing in humans to develop new strategies for combating uveal melanoma.