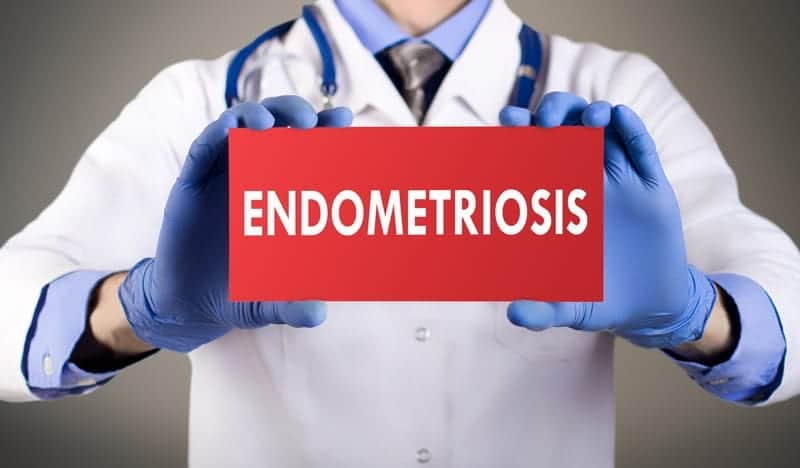 Tanning beds and sunbathing not only increase a woman’s chances of developing malignant melanoma, the most dangerous form of skin cancer, but may also be linked to a greater risk of developing endometriosis, according to new research published in Human Reproduction.

A study of more than 116,000 women in the USA suggests that the risk of endometriosis increased the more young women used tanning beds, got sunburned or used sunscreen during their teenage and young adulthood years.

However, the study also suggests that women living in parts of the country with high levels of ultraviolet light throughout the year, such as the southern parts of the US, were less likely to be diagnosed with the painful condition, in which tissue similar to the lining of the womb starts to grow in other places like the ovaries and fallopian tubes, a media release from European Society of Human Reproduction and Embryology explains.

“These associations may reflect a common genetic background between endometriosis and melanoma, or an underlying association between sun exposure and risk of endometriosis.”

— Professor Leslie Farland, an assistant professor at the University of Arizona College of Public Health (USA), who led the research

Farland and her colleagues at the Harvard T.H. Chan School of Public Health, Michigan State University College of Human Medicine (USA), and the French National Institute for Health and Medical Research (INSERM), Université Paris-Saclay, Villejuif (France), studied 116,429 women who joined the US Nurses’ Health Study II in 1989 when they were aged between 25 and 42 years. Every 2 years, up until June 2015, the participants completed questionnaires that asked about their medical history and their exposure to risk factors for several chronic diseases.

When they joined the study in 1989, the participants were asked about their tendency to sunburn, the number of moles on their legs, and their number of severe sunburns between the ages of 15 and 20 years. In 1993 they provided information on their use of sunscreens and in 2005 they reported on their use of tanning beds during their teenage and early adult years and between the ages of 25-35 years.

From 1993 onward, the participants were also asked whether they had endometriosis, diagnosed by laparoscopy, which is the gold standard for correctly diagnosing the condition. Their home addresses were updated every 2 years and were linked with data on annual ambient ultraviolet A and ultraviolet B light for the area, the release explains.

The researchers excluded women from their analysis who reported having endometriosis, or who had been diagnosed with cancer (including non-melanoma skin cancer) at the time they joined the study. They also restricted the analyses to white women, given known racial and ethnic disparities in endometriosis diagnosis and differences in the influence of UVA and UVB light for different races.

Looking At the Numbers

Among the 95,080 women included in the analyses, there were 4,791 cases of endometriosis diagnosed with laparoscopy over the follow-up period.

This means that around five women in every 100 might develop endometriosis over an average follow-up period of nearly 14 years per person if they had never used tanning beds as teenagers, young adults or between the ages of 25-35, but nearly seven women in 100 would develop it if they used tanning beds more than three times a year.

A history of five or more sunburns between the ages of 15-20 was associated with a 12% increased risk of endometriosis compared to women who were never sunburned. Compared to those who never used sunscreen, which the researchers used as an indicator of time spent sunbathing or taking part in other, outdoor recreational activities, those who used it all the time had a 10% increased risk of endometriosis. The absolute risk of developing endometriosis among women who were sunburned five or more times a year between the ages of 15-20 was too small to show a difference between the two groups.

— Stacey Missmer, a professor at Michigan State University College of Human Medicine and the Harvard T.H. Chan School of Public Health and co-lead author of the study

The researchers say that their findings need to be investigated further in other settings and with other groups of women.

“Over the past 30 years, more people have been diagnosed with skin cancer than all other cancers combined.

“From a public health perspective, we already know women should avoid tanning beds to reduce their risk of melanoma. This study reinforces the advice to avoid using tanning beds and suggests that there may be an additional benefit of reducing the risk of endometriosis. Women should follow the health advice never to use tanning beds, to avoid being sunburned, and to protect your skin from exposure to the sun by covering up, seeking the shade, and by using a broad spectrum UVA/UVB sunscreen.”

The mechanisms between exposure to the sun and tanning beds and risk of endometriosis are not clear and, as the study is observational, it cannot show that these exposures cause the increased risk of endometriosis. The authors point out that high-intensity exposure to UV is associated with DNA damage, cell damage, inflammation and the risk of melanoma, and that tanning beds, in particular, emit predominantly UVA light, which has been associated with an increased risk of cell damage and weakened immune responses. All of these have been linked to the risk of endometriosis. In contrast, if women live in sunnier parts of the world, they are exposed to more UVB light, which prompts the production of vitamin D in the skin; vitamin D has been shown to suppress inflammation and boost immunity.

Other limitations of the study include that women may not have recalled their sun exposure accurately, particularly when they were younger; some may have been diagnosed with endometriosis before reporting on their recreational exposure in 2005; the women in the Nurses’ Health Study II are not a random sample of US women; and the researchers’ analysis was restricted to white women and so it may not be possible to extrapolate the results to women of other skin colors and ethnicities, the release concludes.

Related Content:
Into the Light of Day: Exposing the Myths of “Safe” Indoor Tanning
Health Pro: Know the Dangers of the Sun, Tanning Beds
‘Safe’ Tanners Who Use Sprays and Lotions Less Likely to Get Tattoos and Piercings than Frequent Sunbathers and Tanning Bed Users, Baylor Study Finds

Veterans Prefer Telehealth Consults for Plastic Surgery, According to Study