The researchers had 19 pre-surgery or pre-treatment consultations, which were recorded using hidden equipment. Seven visits were made about liposuction, six were about breast enlargements, and six were initial consultations for filler injections.

"Some of the marketing tactics are obviously intended to encourage people to have more surgery than they may want and need," the researchers report. "Our research shows that aggressive marketing tactics and sales practices are occurring in this sector. Our great concern is that these are being put before patient’s safety."

One clinic staff described invasive surgery as "scarless" or a "minor procedure," the researchers say. Some clinics even tried to rush customers into having surgery. Other tactics included offering time-sensitive discounts and encouraging customers to book early to be eligible for discounts. Only one clinic recommended a second appointment before deciding whether to go ahead with breast augmentation.

"We are concerned about the rapid growth of cosmetic surgery and cosmetic treatments without proper regulation," says Hamish Laing, a consultant plastic surgeon and member of the British Association of Plastic Reconstructive and Aesthetic Surgeons. 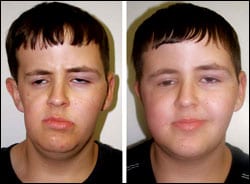