CosmetAssure, a Birmingham, AL-based company that provides insurance covering complications of cosmetic plastic surgery, has been approved by regulators to sell insurance in Nevada, Minnesota, and Utah, bringing to 45 the number of states in which it does business, the company announced recently.

"This is another major step forward for the CosmetAssure program," says James Grotting, a Birmingham plastic surgeon and the company’s cofounder.

The company’s insurance, sold through Montgomery-based Palomar Insurance Agency, covers the costs of complications that arise during common cosmetic procedures such as breast augmentation, liposuction, and abdominoplasty.

Purely elective cosmetic surgery and complications that arise during such procedures typically are not covered by conventional health insurance.

The privately held company doesn’t disclose revenue data, but Grotting recently said it has insured more than 180,000 surgeries and paid a total of $13.5 million in claims since its founding in 2003. 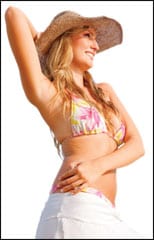