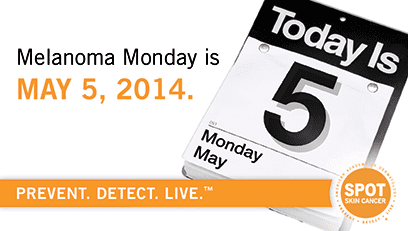 For years, dermatologists and oncologists who treated melanoma didn’t have much to offer individuals with melanoma. 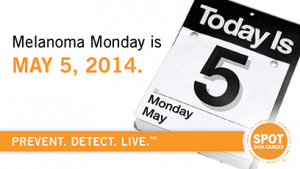 Image courtesy of the American Academy of Dermatology

In recent years, however, four new melanoma drugs have been approved, and there are even more therapies in the pipeline to help people with advanced melanoma live longer.

“We have a lot of different toys to play with today and more coming, and we are now figuring out what can be combined, how to time it, and in what sequence to get the best benefit with the fewest side effects,“ says Delphine J. Lee, MD, PhD, a dermatologist and professor of immunology and the director of the Carolyn Dirks and Brett Dougherty Laboratory for Cancer Research and the department of translational immunology at John Wayne Cancer Institute at Providence Saint John’s Health in Santa Monica, Calif.

It’s a race against time. Melanoma rates have been climbing for at least 30 years, and one American dies from melanoma every hour, according to the American Melanoma Foundation.

A new area of melanoma treatment is called adoptive cell therapy, which involves growing key immune system players known as T cells in a petri dish and then reinjecting them to help the body’s immune system recognize and attack cancer cells wherever they lurk. Researchers across the globe are now working on ways to shorten the amount of the time for T-cells to grow in a dish, which normally takes weeks, Lee says.

Another promising treatment in the pipeline seeks to inhibit a protein called PD-L1 that is found on the surface of T-cells. PD-LI helps cancer cells sneak past the immune system. Drugs that block the PD-L1 protein on the surface of T-cells may help the immune system recognize the melanoma cells and attack them, she explains. There are a handful of PD1 blockers being studied in melanoma.

These may work as stand-alones or with some of the already-available treatments, Lee says.

In the past four years, the US Food and Drug Administration (FDA) approved:

• Mekinist, a MEK inhibitor, which is aimed at tumors that express the BRAF V600E or V600K genes

• Yervoy® (ipilimumab), a drug that blocks a switch on immune cells called CTLA-4 wthat turns off the body’s anticancer responses

About 50% of melanomas have BRAF gene mutations. The FDA has also approved a genetic test to determine if a melanoma expresses BRAF mutations.

This gene-profiling or personalized medicine approach to melanoma treatment allows doctors to better match therapies with the individuals that are most likely to benefit, eliminating some of the trial and error traditionally associated with treating this cancer.

These therapies are for people with melanoma that has spread either to the lymph nodes or to distant organs. These individuals traditionally have poor 5-year survival rates, Lee says.

None of the available drugs are cures, but “these therapies will give improve survival for responders, sometimes months,” Lee says. Some combinations work better than others. A trial looking at ipilimumab plus vemurafenib was stopped early because of risks to the liver, but Tafinlar and mekinist are so powerful in combination that the FDA has approved them as a tag team for advanced melanomas that express BRAF.

“This is just the beginning,” Lee says.

“Prior to last few years, there was nothing to offer patients with advanced melanoma.” —Mona Mofid, MD

“It’s such an exciting time,” agrees Mona Mofid, MD, a dermatologist in San Diego and the medical director of the American Melanoma Foundation. “Prior to last few years, there was nothing to offer patients with advanced melanoma.

”Despite all this progress, patients can’t afford to become complacent about sun safety prevention and early detection, she cautions. Sun exposure—whether outside or via tanning beds—is considered a risk for melanoma and other skin cancers, Mofid says.

A yearly skin exam by a dermatologist and monthly skim self-exams are the best way to spot melanoma early before it has started to spread, she says.