SculpSure Was Just Approved by the FDA for the Lower Body

SculpSure, a non-invasive body contouring product that was previously only greenlit to zap off fat cells from areas of the body like the abdomen and flanks (which are often so lovingly referred to as “love handles”), has officially been given the OK for the lower portion of the body. This approval is important because it means the technology behind the treatment is safe and effective, says Neil Sadick, New York City-based dermatologist and founder of Sadick Dermatology.

So, how does SculpSure work? “It’s a laser fat technology that passes heat through the dermis to directly target fat cells,” explains Sadick. “The heat melts the fat, which is then absorbed into the body.” Basically, the treatment heats fat cells off, which are then naturally eliminated through the body.

During the procedure, the laser, which elevates adipose tissue (the fancy science-y word for fat) temperature between 42 and 47 degrees Celsius, keeps the top of the skin’s surface cool while it detects the fat underneath, says Sadick. The full treatment takes about 25 minutes, and results can be seen within six (but can take up to 12) weeks following the procedure. One to two sessions are usually recommended for best results.

As for the cost, pricing depends on the size of the area you’re treating, says Sadick. Typically, though, one SculpSure session averages $700 to $800 for smaller areas, but can cost up to $1,500 to $1,600 for larger portions. 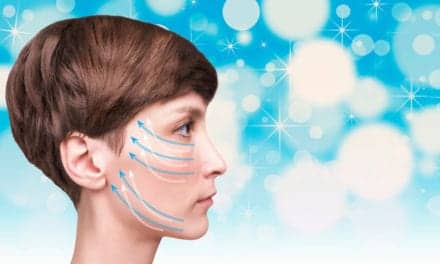 Everything You Want to Know About a Thread Lift Procedure

Everything You Need to Know About Searching for Cosmetic Clinics Online