We all know they can be relaxing, but a weeklong stay at a spa can also improve physical and emotional well-being, a new study suggests.
New research from Thomas Jefferson University Hospital evaluated 15 participants before and after their visit to We Care Spa, a health and wellness spa in Desert Hot Springs, California. The week-long program included diet modification, meditation and colonic hydrotherapy, voluntarily participation in low-risk hatha and Vishnu flow-yoga programs, and a juice-fast cleansing very low calorie diet of approximately 800 calories per day. Stress management was provided through daily structured meditation and yoga programs as well as time for personal meditation encouraging deep breathing, heightened awareness, and a calming effect.
Participants were asked to modify their diet three to four days prior to arrival by replacing a normal diet with fruit, sprouts, raw and steamed vegetables, salads, vegetables, herbal teas, prune juice in the morning, laxative teas or herbal laxatives nightly and avoiding pasta, meat, cheese, caffeine, alcohol, and processed foods.
The participants underwent a physical evaluation including weight, height, Body Mass Index (BMI), blood pressure, and an EKG test. They also received a complete blood count, liver function tests, tests measuring cholesterol and triglycerides, thyroid hormone testing, and the concentration of metals such as mercury and lead. In addition, psychological and spiritual measures before and after their arrival were measured.
After the spa week, participants lost an average of 6.8 pounds, showed a 7.7% decrease in diastolic blood pressure as well as a decrease in mercury, sodium and chloride levels, and a 5.2% decline in cholesterol level and mean BMI.
Cholesterol level decline seemed to be associated with a decline in high density lipoprotein.
Hemoglobin increased 5.9%, and there were no statistically significant changes in liver or thyroid function and no EKG changes were noted. What’s more, improvements in anger, tension, vigor, fatigue, and confusion were also noted, as was a statistically significant improvement in anxiety and depression levels measured by the Speilberger Anxiety Scale and the Beck Depression Index. Participants also reported significant changes in their feelings about spirituality and religiosity.
The study could not determine which individual elements of the program were responsible for the changes observed. The findings appear in the December issue of Integrative Medicine, A Clinician’s Journal.

The Future of Corporatized Medicine 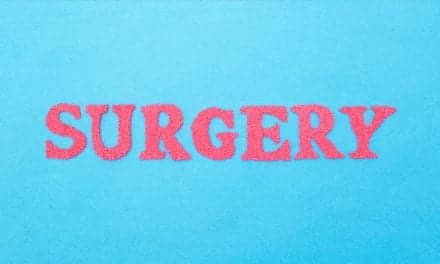