If you were to imagine your anesthetized self under the knife in the operating room, you’d probably hope your hyper-focused hypothetical surgeon wasn’t blasting loud, distracting music, like the Rolling Stones. But according to some scientists, surgeons actually perform better when they’re listening to rock ‘n roll. And it’s reflected in their Spotify play counts: On Tuesday, the music streaming company released the results of its survey of 700 surgeons’ favorite operating music, which revealed that they prefer classic rock, like Guns ‘N Roses, David Bowie, and, yes, the Rolling Stones.

And those surgeon soundtracks might be a really great way to cut healthcare costs, according to some scientists.

“[Listening] to the surgeon’s preferred music improves efficiency and quality of wound closure, which may translate to health care cost savings and better patient outcomes,” said University of Texas Medical Branch surgeon Dr. Andrew Zhang in 2015. Zhang had co-authored a study published in Aesthetic Surgery Journal investigating the link between surgeon efficiency and music, which found that surgeons work more efficiently when they listen to music they pick out than when they work in silence.

Zhang’s team wasn’t able to determine what genre of music was the best for surgeons, only that allowing the surgeons to choose their own soundtracks led to a 10 percent increase in speed in some residents. If those surgeons were anything like Spotify’s group, it is possible that Mick Jagger could cut surgical costs to 90% of their original, exorbitant total. 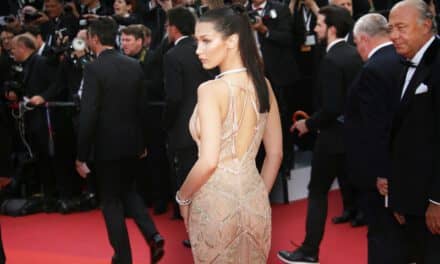 Influencing the Industry: Bella Hadid Says She Regrets Getting a Nose Job at 14

When Does a Plastic Surgeon Stop Performing an Operation?