Psoriasis Treatment in Skin of Color

When it comes to treating psoriasis in non-white patients, there is a paucity of data on differences in epidemiology, clinical presentation, and approaches to treatment.

“Although psoriasis appears to have a lower prevalence in non-white racial ethnic groups, including African Americans, it is by no means an uncommon or rare disease,” said Andrew Alexis, MD, chair of the department of dermatology and director of the Skin of Color Center at Mount Sinai St. Luke’s and Mount Sinai West in New York City, speaking about the topic at the Skin of Color Seminar Series (SOCSS) in New York City.

In fact, a recent study found a 1.9% prevalence rate of psoriasis in African Americans. “This is much more common than previously reported,” Alexis said.

The clinical presentation of psoriasis in darker-skinned individuals can vary, based primarily on the visual appearance. For example, because of the background melanin pigmentation, “the erythema may look more violaceous, hyperpigmented, or dark brown or gray. Therefore, one has to train the eye to detect psoriasis-related erythema in darker skin types,” he explained.

Clues of psoriasis include the quality of the scale, the anatomic distribution, and associated features.

There are scenarios, though, where a biopsy is needed to confirm the diagnosis of psoriasis. “I find this is more frequent in darker skin types,” Alexis said.

For instance, patients with skin type VI may present with violaceous, gray, or hyperchromic scaly plaques without appreciable erythema. “In these patients, it may be difficult to distinguish the psoriasis from lichen planus, cutaneous T-cell lymphoma, or sarcoidosis in some cases.” 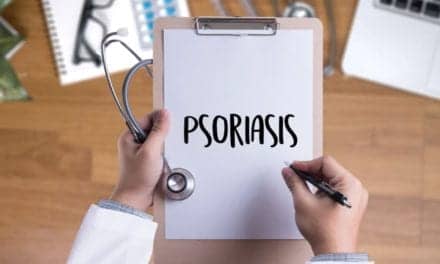