S. Randolph Waldman, MD, has rounded out his practice by bringing in partner Stephen A. Schantz, MD

When a single part of the body is the entire focus of your practice, you develop a highly specialized set of skills. That specialization causes you to become known in your market as the “go-to” person for work on the lone anatomic structure with which you are so supremely familiar.

From a business perspective, that’s an advantage—or is it?

It can be . . . up to the moment when you must refer a patient to someone else for services outside your area of expertise. This is a pitfall, especially if that someone else’s skills overlap yours.

S. Randolph Waldman, MD, whose practice focuses on facial aesthetic plastic surgery, understands the dilemma only too well. “The challenge for many of us who are facial plastic surgeons is if you send someone away from your practice for a procedure you don’t offer, that person may not come back when he or she wants a facial procedure. That person now has a relationship with the practitioner to whom he or she was sent—a practitioner who potentially has the ability to provide the facial service being sought,” says Waldman, owner of the Waldman Plastic Surgery Center in Lexington, Ky.

“It used to be that I was sending away a lot of people who came here asking about body-contouring surgery or wanting breast augmentations or tummy tucks—services that I wasn’t providing.”

The operative word is “wasn’t.” Now he is, although Waldman is still a specialist. The difference is that he has taken on a partner whose expertise is in the body below the neck. The result is a well-rounded, multispecialty practice that’s generating impressive case volume and providing both physicians an equally impressive livelihood.


Wave of the Future

Waldman’s partner is Stephen A. Schantz, MD. He came aboard almost 4 years ago, following plastic surgery residency at the University of Kentucky, Lexington, and fellowship training in Los Angeles under Grant Stevens, MD. Schantz brought with him expertise in many of the latest techniques for breast augmentation, breast reduction, and body contouring.

Notably, Schantz has been busy almost since the day he arrived, just as his father predicted.

“My dad is a plastic surgeon in Lancaster, Pennsylvania, and he counseled me to join a practice with someone who specializes in facial aesthetic plastic surgery. In that type of relationship, I’d be positioned for faster growth because there would be a complement of services rather than an overlap,” says Schantz. “No overlap would mean no intraoffice competition for business. In fact, one year after entering private practice with Dr Waldman, I was doing twice the number of aesthetic surgery procedures as any of the other residents I trained with at the University of Kentucky.”

Waldman, an associate clinical professor at the University of Kentucky, believes that multispecialty partnerships, such as the one he now enjoys with Schantz, are the wave of the future. “There are more and more of these partnerships being formed, and I think this is going to bring patients the best of both worlds,” he says.

Beyond complementing each other’s services, the partnership Waldman set up with Schantz works well because of its generous terms. “I’ve given Dr Schantz equal status with me, financially and administratively,” says Waldman, who, until Schantz came along, had been a solo practitioner. “A portion of the income that we generate individually from surgeries goes into a common pot. In other words, he has an ownership stake in my success and I in his.”

Waldman’s decision to limit himself to facial work was based on personal preference, but also on his training as an otolaryngologist. “My interest has always been in the face,” he says. “Even back in medical school at the University of Louisville [Ky], I was most enamored with the anatomy of the head and neck.”

Before going to medical school, Waldman, who was born and raised in Lexington, attended Indiana University, Bloomington. His ambition at the time was to follow in the footsteps of his physician older brother. “I was specifically interested,” he says, “in general surgery.”

From there, Waldman went to the Cleveland Clinic, where he performed his residency in otolaryngology and head and neck surgery. “I elected then to undertake one additional year of training,” he says. His choice took him to Tulane University in New Orleans, and he became a protégé of famed facial plastic surgeons Jack Anderson, MD, and Calvin Johnson, MD.

After he completed his training, Waldman landed in Denver in 1982 and entered private practice with another facial plastic surgeon. But, after a year (and by then hopelessly homesick), Waldman pulled up stakes once again and headed back to Lexington to set up shop as a solo practitioner.

Waldman provided a limited amount of otolaryngology service to help support the new practice while he developed the aesthetic facial plastic surgery side of it. By 1989, the facial plastic surgery component of the practice was well-established and he stopped seeing otolaryngology patients. He provides services to a market that covers central, southern, and south­eastern Kentucky, home to 1.5 million people. His 5,000-sq-ft office is located in the Samaritan Medical Plaza, a freestanding building adjacent to busy Samaritan Hospital.

“The office was de­signed to ensure maximum patient convenience and privacy,” he says. “This includes a separate entrance and waiting room for our postoperative patients.”

Until 1999, most of Waldman’s surgeries were performed in Samaritan Hospital and other local medical centers. That year, he built a new office with a surgical suite accredited by the American Association for Accreditation of Ambulatory Surgery Facilities. According to Waldman, it is one of only two accredited plastic surgery-specific facilities in central Kentucky. “Mine is also one of the largest of its type in the state,” he adds.

Contributing to the success of that surgery suite is the presence of top-quality equipment. However, Waldman says he uses only equipment with proven value. “Unless there has been scientific scrutiny of a product, I don’t get too excited about it,” he says, expressing a sentiment understandable in light of Waldman’s commitment to running an evidence-based practice.

Among the newest equipment in the surgery suite is an ultrasound lipoplasty system, which Schantz uses in many of his body-contouring cases. Also relatively new (but installed elsewhere in the office) is a fluorescent-light rejuvenation system for removing age spots and broken blood vessels from the cheeks, hands, and chest wall.

Many of Waldman’s 17 staff members have been with him a long time, but none quite so long as Marianne Waldman, RN, his wife, who oversees the practice’s skin-care ancillary, Lexington Skin Care. “We’ve worked side by side for 22 years,” he says. “She’s one of the best-trained skin-care specialists in the country.”

She also serves as a stand-in for Waldman’s clinical assistants and administrative aides whenever any of them calls in sick. “Marianne,” he says, “is the only person in the practice who can do pretty much everything. Just today, she substituted in the operating room for one of our surgery nurses, who’s out with the flu.”

As offices go, Waldman’s is efficiently run. However, Waldman reports that it is not immune to problems common among other plastic surgery practices in the state, particularly rising overhead. A big contributor to the overhead is the sky-high malpractice insurance premiums Kentucky physicians are forced to pay. Relief could come in the form of a tort-reform package on which the state legislature has been working. But, according to Waldman, trial-lawyer lobbyists have managed to bottle up every measure intended to rein in lottery-style lawsuits against physicians. Waldman finds that maddening, considering that reform is strongly backed by the governor, a one-time family-practice physician who, when he was in residency, spent 3 months  working in Waldman’s office.

Waldman prefers to focus on finding ways to improve the things that are within his control to change—namely, his own practice. “One way I feel that this can be done is by continuing to work for improvements in the medical-education opportunities available to me and to others through the organizations I support,” says Waldman, a past vice president and executive board member of the American Academy of Facial Plastic and Reconstructive Surgery.

Waldman is so committed to education that, before this year ends, he will have chaired or cochaired three major medical meetings. The first, which takes place this month in Las Vegas, is a gathering of an organization Waldman helped launch: the Multi-Specialty Foundation for Facial Aesthetic Surgical Excellence (FASE). A meeting that Waldman has helped run annually since 1993 for the Foundation for Facial Plastic Surgery will take place in August in Newport Beach, Calif. Finally, the American Academy of Facial Plastic and Reconstructive Surgery will hold its annual meeting in Los Angeles in September. Waldman will serve as the cochair with his longtime comrade and colleague, Donn Chatham, MD.

Waldman founded FASE to bring harmony to various tussling factions of plastic surgeons. “I was always troubled by the competitive, politically charged situations that would not infrequently develop between different specialty groups within the professional bodies serving our field,” he says. “Much time, money, and energy would be spent fighting each other instead of working together to advance our common interests. I was someone who believed that each of us has a great deal of knowledge and wisdom that could, and should, be imparted among us all.”

For a model upon which to pattern his intended solution, Waldman looked to the one created by his mentor and close friend, George Brennan, MD, the primary force behind the Foundation for Facial Plastic Surgery’s annual meeting in Newport Beach.

“Dr Brennan always included people from other specialties when he assembled the faculty for a meeting. For that reason, I like to credit him as the originator of the concept of multispecialty education,” he says. “What I’ve done by creating FASE is to take Dr Brennan’s pioneering work a little farther.

“But I didn’t do it alone. I brought in colleagues that include Edwin Cortez [MD] of Kansas City [Kan] to help out with this venture. Dr Cortez and nine other outstanding physicians now serve on FASE’s steering committee; they’re good friends who are strongly involved in their own specialties. Together, we attempt to put together the best meeting possible with the best educators and faculty available.”

Most surgeons have enough on their plates just showing up at work every day. Yet, here’s Waldman juggling a busy practice and three important professional meetings. “No doubt about it, I’ve taken on a lot,” he acknowledges, but he nevertheless insists that the hard work is worthwhile. “With these responsibilities comes a significant amount of exposure to people who are on the cutting edge of our field. To find out who they are and what makes them cutting-edge, I’m doing an incredible amount of journal and publication reading. For me, this is almost like having a practice based in a university setting, but without the many built-in restrictions that an academic life would pose to the kind of practice I really want to do.

“When all is said and done, it may be demanding to do all this, but it can’t be beat for the camaraderie it produces, the education it provides, and the giving to my specialty that it allows. I’m a highly specialized practitioner, but I exist in a multispecialized world. I wouldn’t have it any other way.”

Rich Smith is a contributing writer for Plastic Surgery Products. 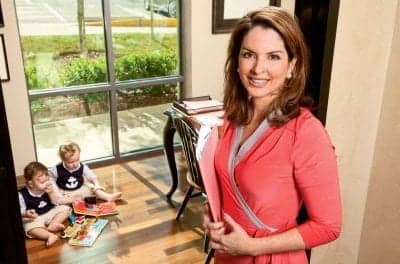