Two out of five women would consider some sort of surgical “mummy makeover” to get their bodies back to their pre-pregnancy state, according to a recent survey by UK-based television show MyFaceMyBody.com. The results showed 39% of women say they would consider cosmetic surgery following their pregnancy and more than half (57%) said they would want to have cosmetic surgery while still in hospital after giving birth.

The figures show that post-pregnancy, most women worry about their weight (34%), stretch marks (24%), loose skin (21%), cellulite (14%),
and sagging breasts (7%). The survey also found that 93% of women said that regaining their post-pregnancy body was a priority for them after birth.

British Association of Aesthetic Plastic Surgery (BAAPS) surgeon and founder of Mybreast.org Norman Waterhouse says that other than liposuction, breast surgery is the most common cosmetic surgery treatment among women and that it tends to be most popular among women in their late 30s or early 40s who seek it following breast-feeding.

He says that pregnancy is not very kind to the body and many women are left feeling sexually unattractive because of weakened muscles and added that often women will have their breasts and stomachs treated at the same time.

The number of women looking to have post-pregnancy surgery is increasing. Shami Thomas, spokesperson from Transform Cosmetic Surgery Group comments, "We see a lot of new mothers coming to Transform looking to regain their pre-pregnancy body and the numbers are increasing year on year. Many worry about weight gain, loose skin on their stomachs and droopy breasts so the most requested procedures tend to be breast augmentations and uplifts, tummy tucks and liposuction.”

Waterhouse condemned the practice of breast augmentation or stomach treatments while the patient is still in hospital after childbirth. “I have no qualms saying that this is totally and wildly inappropriate,” he says. He added that it can increase health risks following childbirth and, to his knowledge, is not a practice carried out in the UK. 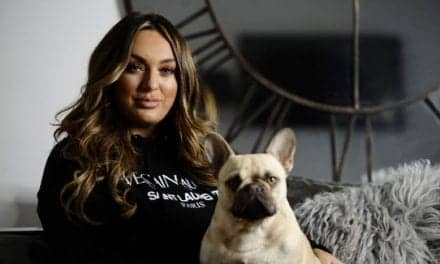 Laser Liposuction Procedure Makes Its Debut in the UK