Transference is a well-known phenomenon in psychotherapy. It occurs when the patient transfers emotion to the doctor, or vice versa. Something akin to this can also occur between journalists and sources. The reporter, upon learning more about the source, including his or her backstory and/or contributions, can grow more vested in the story and its telling. (I imagine, at times, the source also grows fond of the journalist and shares more than planned.)

This doesn’t always happen—and whether an article turns out better or worse for it is not always straightforward. In the case of this month’s cover story, you, the reader, can be the judge.

Full disclosure: I was blown away by the contributions that Scott Spear, MD, founding chairman of the Department of Plastic Surgery at Georgetown University Hospital in Washington, DC, and past president of the American Society of Plastic Surgeons (ASPS), has made to the specialty in general and breast surgery in particular. I knew a little about him before our extensive interviews, but nowhere near as much as I do now.

I could have written a book about Spear, and I think that someone likely should. The cover story focuses largely on his quest to spare the nipple during mastectomy, but there’s a lot more that this plastic surgeon did in the name of breast.

Whether or not we would have anatomically correct or silicone-filled breast implants without his contributions is a question mark.

In the mid 1980s, “It dawned on me that breasts were wider than they are tall,” he says. After coming up with the correct formula, he approached tissue expander manufacturers and encouraged them to make devices that followed this math. “The original were taller than they were wide.” Manufacturers were happy to oblige—and this led to more natural-looking implants that were modeled after the expanders.

During the dark years when silicone-filled breast implants were under scrutiny and off the market (1992-2005), Spear spoke up and out. He advocated for plastic surgery, plastic surgeons, and their patients on behalf of the ASPS and McGhan (aka Inamed, Allergan). He also served as the clinical monitor for née McGhan’s US Food and Drug Administration (FDA)- sponsored studies.

As we all know, this had a very good outcome—the implants are back after a 13-year hiatus. Breast augmentation continues to be the top cosmetic surgical procedure and has been since 2006. Silicone implants were used in 77%, and saline implants in 23%, of all breast augmentations in 2014, according to the ASPS.

As another great Scot (Scot Glasberg, MD, ASPS president) remarked, “He got us through the silicone implant crisis of the 1990s, and is a very forward thinker, teacher, and innovator.”

For all of these reasons, Spear will receive the ASPS Honorary Citation Award at the 2015 meeting. Established in 1945, the ASPS Honorary Citation Award is presented to a senior ASPS member in recognition of their contributions to the specialty through clinical contributions, humanitarian actions enhancing the specialty, or demonstrated leadership within plastic surgery. “This is the highest award we can bestow on members,” Glasberg says.

Plastic Surgery Experts Opine About Use of PICO During Paris Meeting 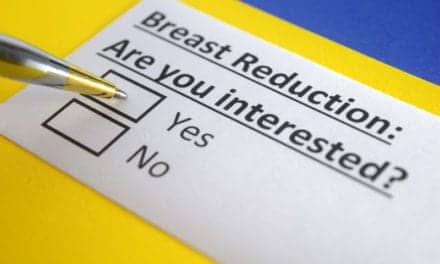