“These women didn’t need a breast lift,” says Frank. “It was their implants that had dropped, not their breast tissue.”

According to Frank, this condition, known as “bottoming out,” was making women less satisfied with their breasts and their implants. Bottoming out can be due to the weight of an implant pulling on weakened tissues or can be the result of poor implant placement during the initial procedure.

When patients experience bottoming out, they often complain that one breast sits higher on their chest than the other due to uneven implant pocket formation. In more advanced cases, the nipple appears to sit too high on the breast and in the worst scenario, patients may become concern that their nipple might “pop out” when wearing a bra or bathing suit top.

“The problem,” he says, “ is not that the nipple sits too high, it’s that the implant sits too low.”

Traditional techniques for repair of bottoming out have involved a procedure known as a capsulorrhaphy, in which the scar capsule supporting the implant is brought together to close off the pocket where the implant sits. According to Frank, sewing weak tissues together and then replacing the implant which caused the initial stress is a setup for failure.

Frank’s technique uses a patented mesh sling to support and bear the weight of the implant. The mesh not only closes off the defect caused by the stretched tissue, but acts as a scaffold for new scar tissue. According to Frank, once the scar tissue has grown into the mesh, the chance of recurrence becomes very small. This process occurs within  2 weeks.

Frank says patients report that the mesh feels much like the implant does.  After a few weeks, most return to their normal activities. 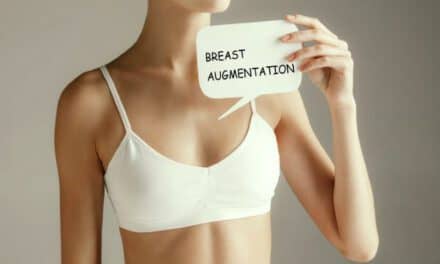 Am I a Candidate for Breast Augmentation?