Close to one in four women who undergo a partial mastectomy will need a reexcision, and there is substantial variation in the rate of reexcisions by surgeons and centers that can’t be explained by patients’ clinical characteristics, according to a study in the February 1 issue of Journal of the American Medical Association.

Partial mastectomy is optimally performed by achieving adequate surgical margins during the initial resection while maintaining maximum cosmetic appearance of the breast. Failure to achieve appropriate margins at the initial operation will require additional surgery. Rexcisions cause psychological, physical, and economic stress for patients and delay use of recommended supplemental therapies to stave off breast cancer recurrence.

Researchers measured a variation in reexcision rates across four hospitals and their surgeons between 2003 and 2008 using electronic medical records and chart information. There were 2,206 women with 2,220 newly identified invasive breast cancers who underwent a partial mastectomy. Overall, 22.9% of these women underwent additional surgery on the affected breast. Among these patients, 89.2% underwent one reexcision, 9.4% needed two subsequent surgeries, and 1.4% needed 3 reexcisions. Total mastectomy was subsequently performed in 8.5% of women.

Re-excision rates were 85.9% for initial positive margins; 47.9% for a margin of less than 1.0 millimeters (mm); 20.2% for margins of between 1 mm and 1.9 mm; and 6.3% for 2-to-2.9 mm margins, the study showed. For patients with negative margins, reexcision rates varied widely among surgeons and institutions and were not associated with surgeon procedure volume.

“This paper highlights a major question in dealing with breast cancer: When is a margin good enough?” says Stephanie Bernik, MD, chief of surgical oncology at Lenox Hill Hospital in New York City. “Unfortunately, a clear answer to the question does not exist as there has been no prospective trial looking at this question, and because all situations are not equal. “

Decisions about reexcisions depend on a host of variables such as patient’s breast size, a surgeon’s ability to perform a reexcision without compromising the cosmetic result, the number of close margins, patient’s concerns, and other factors, she says. “If a surgeon feels confident that he or she can afford a good cosmetic result by performing an oncoplastic closure, the surgeon might be more apt to recommend a reexcision for a close margin than a surgeon who feels the cosmetic results would be unacceptable” she says. “To assume that re-excisions should be used as a quality measure is nothing short of dangerous, as reexcisions are an accepted and needed procedure when dealing with a breast cancer. If reexsions were used as a quality measure, it might push a surgeon to accept a margin that in their heart they feel is inadequate,” she says.

I Have the Scary Cancer Mutation. When Should I Have My Breasts Removed? 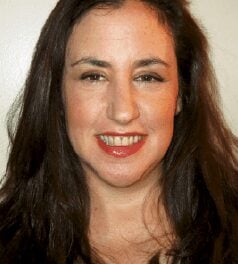