The Latest in Scar Research

Surgical scars demonstrated better improvement with a super-pulsed fractional CO2 laser in combination with standard silicone gel treatment as opposed to silicone gel only, according to a study in the August edition of Lasers in Surgery and Medicine (LSM).

The two treatment groups in the randomized, double-blinded clinical trial included 21 patients each.

The laser group had a single laser scan three weeks after plastic surgery with the AcuPulse (Lumenis), a 10,600?nm fractional CO2 laser. “The device’s adjustment parameters were set at a density of 20% and an energy of 10?mJ, a scanner of 03?×?03?mm, and a pulse repetition time of 0.3 seconds,” Dr. Vicari tells The Aesthetic Channel.

After the scar had completely dried, the patient was released and instructed to use silicone gel (Prev-Kel, Ativus Farmacêutica Ltda, Brazil) every 12 hours, until the sixth month.

The control group of silicone only was advised to begin applying the same silicone gel as soon as there was no longer a scab over the scar and the scar had completely closed. “This occurs around the third week after surgery,” Dr. Vicari says.

Like the laser group, the product was used every 12 hours for six months.

The Vancouver scale revealed there was a significant difference between the results observed by examiners at two and six months postop. “The use of silicone proved to be less beneficial for healing when compared to laser therapy plus silicone,” says Dr. Vicari, including at two months for flexibility (P?=?0.05) and pigmentation (P?=?0.01).

Dr. Vicari, who is a strong proponent of laser for aesthetic procedures, is not surprised by the study results. “However, in order to affirm that laser is better than silicone, we would need to conduct new research in which one group is treated with silicone only and another group with laser only,” he concedes.

Dr. Vicari and his colleagues are currently collecting data to evaluate the continued aesthetic quality of the study scars.

“Individually, laser and silicone gel are promising treatments that merit studies,” Dr. Vicari says. “Meanwhile, we can always combine these two treatments to meet the patient’s demand for the final quality of their scar, which is at a high level in Brazil.”

At this time, Dr. Vicari does not envision laser as a single therapy capable of solving all the aesthetic issues of a scar.

Safely Improving the Aesthetic Quality of Scars Via Lasers 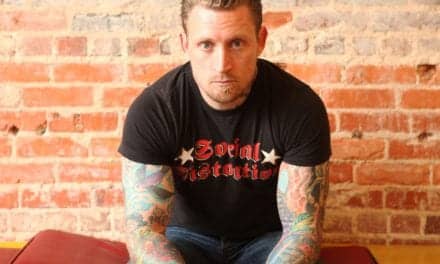 The Dark Side of Tattoos and Your Health