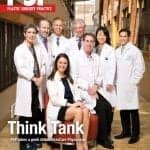 Fifteen years ago, a trio of Boston dermatologists decided to shake things up.

Of course, these weren’t just any dermatologists. They were Kenneth A. Arndt, MD, then dermatologist-in-chief at the Beth Israel Deaconess Medical Center; Jeffrey S. Dover, MD, FRCPC, then associate chairman in the Department of Dermatology at Beth Israel; and Michael S. Kaminer, MD, then assistant professor of dermatology at Harvard Medical School.

And what they wanted to shake up was nothing less than the way that dermatology is practiced, largely by creating an all-new care-delivery model: a private academic practice. In their minds, this new model puts patients first yet still delivers care at a facility steeped in many of the traditions of academic medicine (minus the red tape).

The most awe-inspiring part of this story is that they did it—and then some.

“As members of large institutions, we didn’t have the power to do many things: You can’t hire or fire, and you are not in charge of the economics. There is a hierarchy for decisions that makes it difficult to bring about effective change,” Arndt explains. “We can now do all the things that we could do at an academic institution—only better.”

Today, there are almost 100 employees at SCP, including eight partners, three fellows, and another six part-time dermatologists. There are 27 examination rooms, three procedure rooms, and two aesthetic rooms where the staff treats the full spectrum of medical and cosmetic dermatology patients. 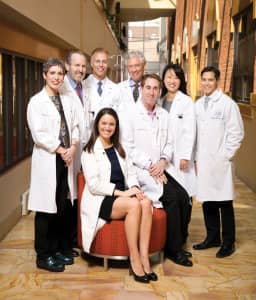 “I didn’t think we ever imagined it would get this big,” Dover says, referring to both the number of patients and conditions treated, as well as the group’s prolific research arm. “We are as academic as we were in the university medical centers, because we are less encumbered and so much more nimble. We are actually more productive in terms of numbers of papers published and podium appearances,” Dover says.

While the physical move for the founding dermatologists was just a mere 50 yards, the other changes they sired were far more expansive in nature.

Most people are quick to cite Southern California or New York City’s Park Avenue as the cosmetic capitals of the US, but SCP has put Beantown on this map. “We are awed by the way we have been embraced by the local medical community,” Kaminer says.

“In our own New England way, we quietly set standards that have made others say, ‘Those guys are on to something,’?” Kaminer says. “Cosmetics from Boston has had a revolution and now has a national influence.”

In some ways, this was not that far of a stretch, as Boston is a mecca for healthcare. A glance out of virtually any window in Brookline or Cambridge is sure to reveal a pack of men and women in aqua-blue scrubs walking to work at one of the nine area hospitals or medical centers, often dropping their kids off at a school on the way. (The greater Boston metropolitan area has about two dozen hospitals.)

For these reasons, “A lot of biotech companies are also based here, so we see things before they hit the market,” explains Brooke Sikora, MD, a medical and cosmetic dermatologist at SCP who became a partner 2 years ago. SCP is home to a state-of-the-art clinical trial hub where a dozen studies are taking place at any point in time.

At this moment, studies at SCP are looking at new topicals to treat acne and rosacea. Sikora helped conduct a study on the much-anticipated Kybella (deoxycholic acid) injection for the reduction of moderate-to-severe submental fat in adults. The US Food and Drug Administration greenlighted Kythera’s  lipo-dissolving shot. There is already a waiting list for the double-chin melting shot try at SCP.)

“When a new product comes out, we can better educate our patients because we know what does and doesn’t work,” she says. “Our insider scoop can help patients plan.”

The very first Thermage, Miradry, and Cellfina procedures were done at SCP. “We have done a lot of firsts, so I think that we play an important role in helping others understand what technology can do,” Kaminer adds.

Some studies conducted at SCP are of the pivotal variety and required for FDA approval of new devices, delivery systems, fillers, or toxins, but others can be somewhat whimsical, yet do hold the potential to change the way dermatology is practiced.

Consider the origins of reconstituting Botox with preserved saline.

“Our hypothesis was that injections may be less painful if we do it this way, and we were correct,” Dover says. “This has since become the standard of care—so almost everybody has shifted because of the self-funded study at SCP.”

In other words, “If we want to do something, we just do it,” he says.

And when SCP does something, people take note. “SkinCare Physicians is, without a doubt, an industry-leading institution. The founders are among the top dermatologists in their field, and have trained a slew of A-listers,” says the ultimate aesthetic industry insider, Wendy Lewis, president of Wendy Lewis & Co Ltd, Global Aesthetics Consultancy and founder/editor in chief of beautyinthebag.com.

“When I see these doctors’ names on clinical studies or research projects, I pay attention,” she continues. “Technology or drugs that don’t pass the smell test will not fare well in Chestnut Hill. They do not suffer fools gladly and, as such, are widely considered a trusted resource for the industry.”

When two explosions ripped through the finish line of the Boston Marathon on April 15, 2013, SCP physicians rolled up their sleeves to help victims using some of the same technologies that helped propel the group to the forefront of aesthetic medicine under the auspices of “Boston Marathon Project Heal.”

“After the bombing, everyone wanted to help in whatever way they could. We were fortunate to have the technology and expertise to do something meaningful for the victims,” says SCP partner Thomas E. Rohrer, MD. “Fractional ablative resurfacing actually helps relax and normalize scar tissue, and can make a huge difference in someone’s scar. Some of those injured in the blast are still coming in today and will likely continue to be treated for years to come,” he says.

With all of these top-tier doctors under one roof, albeit a 15,500-square-foot one, it is easy to imagine that there could be some infighting—but by all accounts, this is not the case.

“There is no pretense, attitude, or ego here,” says Karen H. Kim, MD, another partner at SCP. “It is a collaborative and collegial environment,” she says. “One of the perks of working in this group setting is that we can talk about difficult patients and cases,” Kim says. “I am always learning something from somebody.”

Dover agrees. “Just this morning, four colleagues came into my room to share their opinion about one of my difficult cases. It’s like the hospital in terms of sharing opinions, but we do it in a private-practice setting.”

It’s true, Rohrer adds. “It is a rare day that we don’t pull each other into a room to see an interesting patient or get one another’s opinion about a case,” he says. “The camaraderie and collegiality here at SCP really improves patient care.”

Robin L. Travers, MD, was one of the first recruits, and part of what attracted her to SCP was this camaraderie. The former chief of dermatology at the Boston Veteran’s Administration Medical Center joined SCP in July 2000 and hasn’t looked back, largely because she can now perform the type of dermatology she loves—bread-and-butter medical dermatology—yet still can guide her patients who are interested in aesthetics.

“I can practice almost pure medical derm, and yet I know that if I have patient with cosmetic concerns, I have the world’s best cosmetic dermatologist in the room next door,” she says.

Jeffrey M. Sobell, MD, feels the same way. As a partner at SCP and a general dermatologist who specializes in psoriasis, he has been on the front lines of the revolution in psoriasis treatment yet still is able to treat patients. “It’s been an incredible time in terms of new therapies, and still every day I can practice in a nurturing environment with people that I respect.”

What’s Next for SCP?

The question that the staff at SCP gets all the time is, “Now what?” and there really is no easy answer. “We need to figure out what is going to happen to healthcare, and what it might look like and how SCP fits into the future,” Kaminer adds. Telemedicine, while clearly a trend in dermatology, may not be part of the plan. “We are a high-touch practice, and it’s hard to be high-touch with telemedicine,” he says. For now, the plan is to remain a single-site practice, he adds.

“If we could clone ourselves, we could more easily open facilities in other locations,” Arndt agrees. “The scope and quality of our practice reflects who is there.”

So yes, the group has thought about expanding outside of Boston, but they are not ready to do so just yet. “We have exceeded whatever thoughts we had and what this type of practice can do, and even after 15 years, I don’t believe that there are any other groups similar to ours around the country,” Arndt says.

Who’s Behind the Knife? When Planning Plastic or Cosmetic Procedures, ‘You’ve Got To Do Your Homework’ 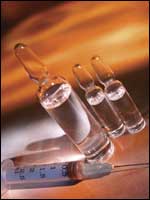