A Probiotic Skin Cream Made With a Person’s Own Microbes

Teruaki Nakatsuji and Richard Gallo from the University of California, San Diego, have discovered that some bacteria which naturally live on human skin produce chemicals that kill S. aureus—the same species that Fleming was studying. But rather than harvesting said chemicals, the duo went after the bacteria themselves—isolating them from people with a skin disease called atopic dermatitis (eczema), growing them, and adding them to a cream. The result: a personalized ointment for killing S. aureus—and hopefully treating eczema—using bacteria that come from a person’s own skin.

S. aureus is a common part of the skin microbiome. But it’s particularly abundant on people who suffer from eczema, and especially on the dry, itchy, inflamed patches that characterize the disease. The lines of cause and effect aren’t entirely clear, but Gallo and others have suggested that S. aureus could at least partly drive the symptoms of eczema, by causing inflammation and triggering allergic reactions.

By contrast, other species of Staphylococcus (staph) could have the opposite effect—reducing inflammation and secreting antibiotics that keep their more unruly cousins in check. Perhaps, Gallo reasoned, the balance of these related microbes influences a person’s risk of eczema. And perhaps by amplifying the beneficial strains, he could keep the disease at bay.

6 Eczema Symptoms You Should Bring Up With Your Derm 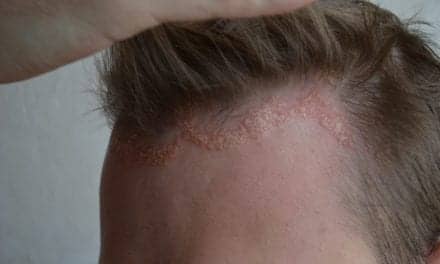 Yes, You Can Get Eczema on Your Scalp and Here’s How to Deal with It

How to Know When Your Dry Skin Is Actually Eczema