There’s a Trick to Using Retinol Without Irritation, and It’s Called Buffering

Despite dermatologists describing it as the be-all and end-all of skin care, retinol is a tricky beast. Some say it’s the most powerful exfoliant out there, so when you hit the sweet spot, it makes for glowing, luminous skin—Heather Rogers, M.D., calls it a wonder cream. But if you accidentally overdo it or use it incorrectly, things quickly can devolve into a flaky mess—a common-knowledge fact that discourages some women from even trying the stuff. There is a trick, I’ve found, to foolproof retinol application and it’s called buffering—also known as combining retinol with moisturizer to dilute it so your skin can adjust.

But first things first: If every derm loves it, why is retinol so damn intimidating? That comes down to its power. “Of all of the topical options you have for anti-aging, retinoids have been most often proven effective,” says Hadley King, M.D. Retinol works by increasing cell turnover so that brown spots go away faster, blackheads and blocked pores clear out, sun damage is repaired, and your skin builds collagen (which keeps wrinkles and fine lines at bay). So many good things! The tricky part: The more it gets on your skin, the more it’s going to kick cells into overdrive. Your face does what it’s told, so if too much of the ingredient sinks in, not-ready skin will surface—and just like that, you’re left with red, peeling irritation.

So, if you want to reap the benefits without the gamble that you’re using it wrong, moisturizer is key. “[Retinols] can be irritating, so combining them with moisturizer is a great way to go,” said Dr. King. Dr. Rogers agrees, pointing out that it both hydrates skin and acts as a buffer, diluting the retinol’s impact for a gentler experience.

Reduce Tattoo Risks with These Steps 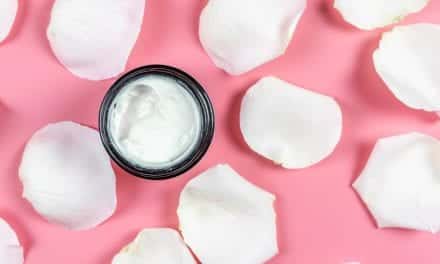