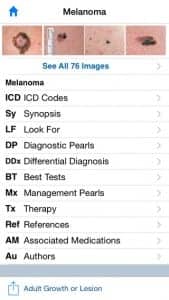 A computer-assisted, photo-driven dermatology app does not change the number of derm consults for skin conditions, new research shows.

VisualDx aids in diagnosing dermatologic conditions by allowing physicians to enter information such as the type and location of a rash, and associated symptoms such as pain or itching, and then generating a range of possible diagnoses accompanied by photographs. This enables users to rapidly compare the rash of an individual patient to a database of more than 1,300 pediatric and adult skin conditions represented by nearly 30,000 images, with the aim of improving diagnostic accuracy reducing misdiagnosis-related harm.

Differential diagnosis generators have been suggested as a potential way of reducing misdiagnosis, which is estimated to result in 40,000 to 80,000 deaths in US hospitals annually.

The study, published early online in Diagnosis, found that the rate of dermatologic consultations at the Hospital of the University of Pennsylvania did not change for the 18 months after VisualDx was introduced compared to the 12 months before it was introduced.

“This is important because these tools by design suggest numerous potential diagnoses, which could result in an increase in unnecessary testing and specialty consultation, and associated costs and harms, particularly in the hands of less experienced clinicians,” says the study’s senior author, Craig A. Umscheid, MD, MSCE, assistant professor of Medicine and Epidemiology and director of the Penn Medicine Center for Evidence-based Practice in Philadelphia, in a news release. “Conversely, if there were a significant reduction in dermatologic consultations, it would have suggested that general internists, emergency room physicians, family doctors and pediatricians—all of whom by definition are not specialists in dermatology—may have relied on the tool to make dermatologic diagnoses, rather than consulting a dermatologist for help.”

Researchers from the Perelman School of Medicine at the University of Pennsylvania examined the use of VisualDx throughout the University of Pennsylvania Health System by month for the 18 months following its introduction in September 2012. There was a median of 474 unique monthly VisualDx sessions by users, a rate that continued throughout the time period under study. Overall, VisualDx was accessed through mobile devices (35%); inpatient (34%), outpatient (11%), and emergency department (1%) electronic health records; and via searches in UpToDate, a point-of-care evidence summary resource (19%).

“Our purpose was to determine if a differential diagnosis generator like VisualDx would actually be used by providers if implemented in a hospital, and we found that it is—most often on mobile devices and by inpatient providers,” Umscheid says.

Differential diagnosis generators have been suggested as a potential way of reducing misdiagnosis, which is estimated to result in 40,000 to 80,000 deaths in US hospitals annually.

“The technology can help users overcome cognitive shortcomings such as availability bias, in which providers diagnose patients with conditions they’ve recently seen or can easily recall, rather than those conditions that are most likely to occur. It can also reduce fund of knowledge deficiencies by directing users to diagnoses they might not have otherwise considered,” adds the study’s lead author John Barbieri, MD, MBA, a 2014 graduate of the Perelman School of Medicine and The Wharton School. 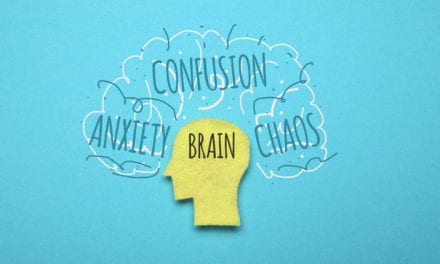 What Is a Stress Rash, and How Can You Treat One?

7 Weird Products To Use In The Shower, According To Dermatologists

10 Powerful Skincare Ingredients You Can Find in Your Kitchen