A New Model for the Aging Face

The accompanying articles give differing views on facial-rejuvenation strategy, but do we understand the changes that occur over time?

Cosmetic surgeons, by definition, do surgical things to faces to make them look better and to restore qualities lost to sun and time. The classic “things” that surgeons do are to remove and reposition tissues—and in truth, many faces look better when surgical methods are applied to them. So it is only natural that surgeons think of the face as something that falls and needs to be elevated, or something that grows excesses that need to be removed.

This point of view is reinforced by daily practice, beauty magazines, television shows, and the many scientific presentations to which surgeons are subjected. This is the “surgical model” of facial aging: The face ages in a way opposite to the maneuvers that we use to (sometimes) make it look better.

But the surgical model of facial aging has its problems: The person who has had one or two facelifts rarely benefits from more of them. Removing bulging lower-eyelid fat makes the eye look more hollow and, thus, older. The overelevated eyebrow is a classic sign of plastic surgery. A flattened and laterally displaced nasolabial fold makes the whole face look “alien.” The list goes on. If the surgical model is correct, more tightness should make the face look younger, not tighter. So what is actually happening as the face ages, and why is it at odds with the surgical model?

The subject of facial aging has not been extensively studied. There is so much belief in the surgical model that the aging process is not often discussed in the aesthetic surgery literature.

Since about 1990, I have had patients bring in old photographs. For the past 5 years, I have matched these photos very closely with new photos taken in the office. We have assumed that the intrapupillary distance and the medial canthi do not change position with time. This seems reasonable from the existing literature.

By putting the old and new pictures in the computer and transitioning from one to the other with the pupils or the medial canthal tendons aligned, the viewer can see precisely what actually changes position and what does not. Once these points are lined up, other points—such as the base of the columella and the lower-lip crease—also appear constant.

So what happens to the face when it ages? The evidence from the images (I call them “animations”) is that there is far less geographic motion of the soft facial tissue than has been assumed. For example, orbicularis wrinkles on the cheek are stable over time. But, according to the surgical model of aging, this should not be true because the cheek mass is supposed to fall to make the nasolabial folds.

The jowls are assumed to form from soft-tissue descent—at least, many surgeons use this assumption as a reason for elevating the jowls by returning them to “where they used to be” on the cheek. The evidence from the “animations” is that the skin overlying the jowls does not move, or moves minimally. How can facial fat move farther than the skin that covers it? Anyone who operates on the face knows that the tissues are bound together in a fibrous mass.

The parts of the face that do seem to move with age and time are the eyebrow and the lip. The eyebrow can regularly be seen to fall; in some patients, it drops as much as 1 cm. In most, the descent is in the order of a few millimeters. The lips, particularly the upper lip, can be seen to stretch and thin, in extreme cases up to 1 cm. Again, most of the time it falls just a few millimeters. The evolution of the nasolabial fold is difficult to determine at present. The rest of the face, including the lid–cheek junction, seems very stable over time and basically ages in place. Of course, facial aging is enormously complex, and this review only indicates that much is yet to be learned.

How can this information be used by the practicing cosmetic surgeon? The craft and science of cosmetic surgery are to create better-looking faces; when surgery is done in moderation, it can be very successful. All who practice in this area, however, should know the realities of facial aging. In many cases, we don’t put things back where they were—we pick things up that haven’t actually fallen to create a face that may (or may not) look better. n 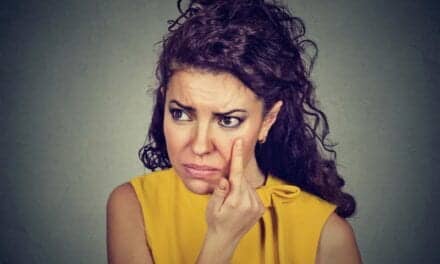 ​How Botox Can Treat Erectile Dysfunction

Botox Users Are Complaining Physical Intimacy Has Disappeared from Their Relationships