Allergan Recruits Deion Sanders to Get Men to Use Botox

Allergan has enlisted football legend Deion Sanders to encourage men to use Botox. The drugmaker announced Friday that Sanders would be the brand ambassador for the wrinkle-erasing injection, specifically targeting men with moderate-to-severe frown lines and crow’s feet.

Botox was approved to temporarily smooth frown lines in 2002 and to treat crow’s feet in 2013.

Allergan developed two videos with Sanders, one in which he discusses how turning 50 prompted him to seek a cosmetic answer to the crow’s feet forming around his eyes. In the other, two men at a bar see Sanders sitting behind them and attempt to take a selfie with Sanders in the background. After looking at the picture they’ve taken, one man notices the crow’s feet forming around his eyes. Deion then approaches them and tells them he has used Botox.

David Moatazedi, SVP, U.S. medical aesthetics for Allergan, said in a release that Sanders shares the company’s philosophy that “it’s acceptable for a man to invest in his appearance.”

Allergan’s push may be motivated in part by Galderma marketing its competing cosmetic injection, Dysport, to men. Dysport was approved to treat frown lines in 2009.

Allergan has not shied away from using high-profile celebrities to promote its products in the in the past. In the last two years alone, the company developed partnerships with actors Lea Michele and Kate Bosworth, and reality-TV personality Khloé Kardashian. Michele worked with Allergan on its women’s health campaign Actually She Can, while Kardashian kicked off the Live Chin Up campaign for Kybella, a chin-fat injection. Bosworth helped promote acne treatment Aczone. 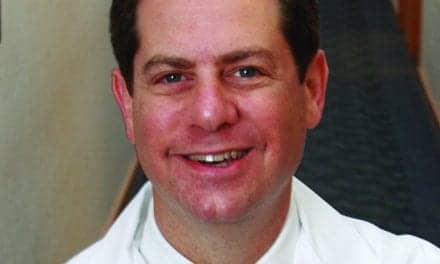 I Have No Wrinkles But I Must Smile