It was a dynamic year for plastic surgery and facial plastic surgeons—and 2015 truly pushed the needle forward on what is possible, even without nips and tucks.

Taking It On the Chin

The US Food and Drug Administration gave its nod to the double chin melting shot Kybella in late April 2015. This is likely the first comer in what many believe will be a new category of fat-dissolving injectables. Kybella’s active ingredient is identical to something our body makes to absorb fat: deoxycholic acid. “Kybella is becoming a favorite—especially among notoriously surgery-shy men,” Williams says.

Further emphasizing our focus on our double chins and the move away from surgery to eradicate them, Coolsculpting launched the CoolMini™ applicator. The new handpiece targets fat in the chin area—and chills it to oblivion. “One session takes roughly an hour and can freeze up to 1/3 of the fat from under your chin,” Williams says. “In the future, we will likely combine these two minimally invasive treatments to bring us even closer to the results that we can achieve with neck lift surgery or chin liposuction.”

Caitlin Jenner, formerly known as Bruce, made her debut on the June 2015 cover of Vanity Fair magazine, and she looked stunning. “This story really turned the spotlight on facial feminization surgery and what is possible in 2015,” Williams says. “The response was overwhelmingly positive for Caitlin’s new look, and through her celebrity, she is serving as a role model for many others around the world.”

Once the stuff of science fiction, face transplants are a reality today. Since 1985, 28 face transplants have been performed worldwide, and doctors at NYU Langone Medical Center completed the most extensive face transplant to date in November 2015. The surgery began the morning of August 14, 2015, and concluded 26 hours later on August 15. It involved a team of more than 100 physicians and pushed the boundaries of what was previously believed possible, including restoring the ability to blink. “These will never be mainstream operations, but in the right candidate, they can be life-saving ones.” 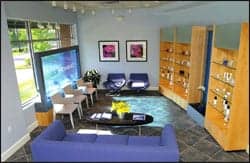