The numbers are in.

The number of cosmetic surgeries increased by 1% from 2010, while the number of minimally invasive procedures decreased by 2% during this same time frame.

This is music to many a plastic surgeon’s ears. “Plastic surgery is still something that a lot of people are interested in despite economic downturns,“ says ASAPS President Jeffrey M. Kenkel, MD. He is a professor and vice chairman of the department of plastic surgery at the University of Texas Southwestern Medical Center in Dallas. “Plastic surgery numbers have remained strong and are not going to be replaced by non-surgical techniques.”

The new report represents the 15th year that ASAPS has released their multi-specialty procedural statistics. Overall, the number of cosmetic procedures has increased 197% since the tracking of the sttatistics first began.

The most popular cosmetic surgery procedure in 2011 was lipoplasty (liposuction) and the most popular nonsurgical procedure was injections of Botulinum Toxin Type A (including Botox and Dysport), the new report showed.

The top five surgical procedures in 2011 were:

In 2011, the top five minimally-invasive procedures were:

Questionnaires were mailed to 22,700 board-certified physicians including 8,900 dermatologists, 8,100 otolaryngologists, and 5,700 plastic surgeons). A total of 1,107 physicians returned questionnaires, of which 92 were retired or otherwise inactive during 2011. Of the 1,015 active respondents, the sample consisted of 420 plastic surgeons, 384 dermatologists, and 211 otolaryngologists. Confidence intervals changed by procedure, depending on the grouping’s sample size and the response variance. The overall survey portion of this research has a standard error of +/- 3% at a 95% level of confidence. 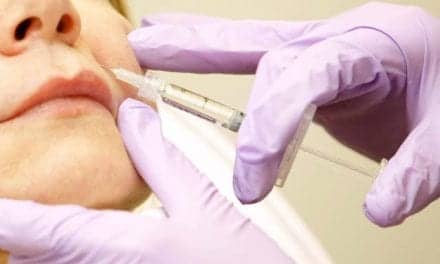