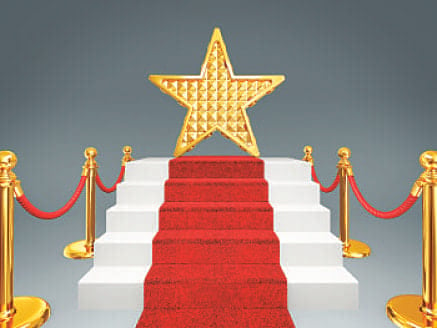 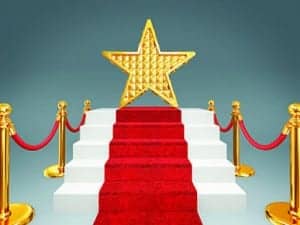 Rolling out the red carpet at movie premieres, awards shows, and other events is considered the norm, but Very Important Person (VIP)-style treatment doesn’t always stop there. Many of the rich and famous have come to expect, if not demand, such white-gloved attention wherever they go—including the emergency department, doctor’s office, urgent care clinic, or surgical center.

In medicine, this phenomenon is known as VIP syndrome, and it occurs when a famous person is given special or different treatment because they are famous.

Many top cosmetic doctors do offer VIP exits and special waiting areas for clients who don’t want to be seen because that may create a scene (especially if they’re waiting for their Botox or are all bandaged up following a facelift). Such amenities are usually considered a major perk for certain patients. Some of these exits and waiting area are separate but equal. Others are merely separate, but they are just the tip of the iceberg when it comes to VIP syndrome in plastic surgery.

Sure, the initial rule-bending may seem like a minor infringement at the time—say, taking the stitches out or signing off on air travel earlier than intended to compensate for an awards show or tour schedule. Other times, a celebrity may have more tests and procedures largely because of the attention that they command. Too much testing can lead to unnecessary follow-up procedures, which have risks all their own. Some celebrities may demand the department chairperson perform the procedure even if he or she is halfway to retirement, and others may ask that the surgery take place someplace more secluded or convenient than an accredited surgical facility.

In these scenarios, the “celebrity” may receive something other than the standard of care. If anything goes wrong, differently or just not according to plan, these decisions will be scrutinized by hospital administrators, legal eagles, handlers, and the omnipresent media.

“If you deviate from standard protocols for a VIP, you increase the chances of an adverse event,” explains ethicist Arthur Leonard Caplan, PhD, the Drs William F. and Virginia Connolly Mitty Professor and the founding director of the Division of Medical Ethics in NYU Langone Medical Center’s Department of Population Health in New York City. “If you get one bad outcome, you get in trouble—you are off protocol, and it is hard to defend deviating from standard protocols for a VIP.”

It happens. Think Michael Jackson. The “King of Pop” died from an overdose of medicines prescribed by his personal physician, who was later accused of involuntary manslaughter.

“There is no question that judgment gets clouded whenever a physician is starstruck,” says M. Mark Mofid, MD, FACS, a plastic surgeon in La Jolla, Calif, and a member of the PSP editorial advisory board. “I’ve personally had a few patients who would have made the news had anything gone awry.”

Many plastic surgeons—especially those who set up shop in such celebrity-studded areas as Los Angeles and New York City—can likely say the same.

Recent media reports have suggested that comedienne Joan Rivers’ untimely demise at the age of 81 may have been a case of VIP syndrome. Rivers reportedly went into cardiac arrest when her personal ear, nose, and throat physician performed an unscheduled throat biopsy. (Said surgeon may or may not have taken a selfie with the anesthetized Rivers.) The doctor was not on staff at the clinic where Rivers underwent outpatient upper endoscopy, but she was on hand.

“The ENT should have just done a tracheostomy when the oxygen saturations were dropping, but she probably freaked out that she was about to do an emergency trach on a VIP and that it would be a catastrophic complication of a routine procedure,” Mofid speculates. “Instead, the patient died.”

A gangster or gunshot wound victim in your average trauma emergency department would have gotten better care, he says. (Mofid did not treat Joan Rivers, and exactly what happened to the icon is still unraveling.)

“Fortunately, I’m not so in tune with popular culture, so I don’t really get just how famous they are until after surgery,” Mofid says. “When I operated on them, they were sort of just average people to me since I didn’t know any better,” he says.

This pop culture cluelessness is definitely a gift. “I’ve had a few other model/actress types, but since I don’t watch TV, they just seem like really attractive people and again, until my patients that sit next to them in the waiting area ask me about them.”

Treating celebrities absolutely often comes with its own set of road rules, says Joe Niamtu III, DMD, a Midlothian, Virginia-based cosmetic facial surgeon. “There are many things they don’t want, such as any pictures taken, normal office hours, and public entrances,” he says.

Also, they frequently come and go with an entourage, which further complicates everything. “They may present with their own consents that the entire office staff needs to sign as confidentiality.” Privacy matters take on a whole other level as well when dealing with celebrity clientele.

And yes, sometimes they do get a different level of care, and that can affect their diagnosis and treatment, Niamtu says.

“I think that every surgeon has the ethical obligation to treat all patients equally, but in reality, it is human nature to want to overperform for special patients,” he says. “Many of us treat special needs patients. I am referring to those patients with physical or mental disabilities. These patients require special care, and you have to change the way you do things when treating them.”

[sidebar float=”right” width=”250″]VIP syndrome occurs when a famous person is given special or different treatment because they are famous.[/sidebar]

VIPs are another type of special needs patient, he says. “If you treat them, you have to provide privacy, be ready to deal with ‘their people,’ and be more flexible and available.

“The negative part comes when a surgeon changes his or her normal regimen. They may want to forego some tests or procedures, or add more to be more thorough,” he says. “They may not want to bring in consults that they normally would, and follow-up can be hard as these people don’t want to hang around.” In the world of VIP plastic surgery, some requests are more easily complied with than others.

“I’ve had patients who’ve called for consultations and demanded to be put ahead of everyone else on the waiting list because he or she considered himself or herself a VIP,” says Anthony Youn, MD, FACS, a plastic surgeon in Detroit. “I’ve had celebrity patients request that I not share their entire medical history with the anesthesiologist because they feared the information would become public knowledge. And I’ve had VIP patients request consultations and treatments at hours when my support staff aren’t around, as a way to provide more privacy.”

The initial request may be unfair, but the latter two scenarios can cause a less safe atmosphere for surgery, he says. When considering treating a VIP, ?ask yourself if you can provide the care without disrupting your schedule, your staff, or your surgical plan, says New ?York facial plastic surgeon Steven Pearlman, MD.

“To treat a celebrity means that you also have to be able to say no to a celebrity at any point, and that can be easier said than done,” he says. Even surgeons can get starstruck at the thought of being chosen by a rock star or Academy Award-wining actress who could have picked any doctor in any part of the world.

“You have to make sure your ego is in check,” Pearlman says. “Don’t stretch indications, don’t compromise care, and don’t take shortcuts—even if you think you are doing this celebrity a favor—because you may be causing much bigger problems for you and the patient.”

Niamtu agrees: “If you get starstruck, it clouds your clinical vision.”

Botox for Preventive Anti-Aging: Experts Reveal What It Can and Can’t Do