It’s not really news, but it is a trend. There have been recent reports about how, by allowing oral-maxillofacial specialists to expand the scope of practice into the plastic surgery arena, some US states have created a patient safety problem — shoddy work has started cropping up as a result. I don’t believethere is anything inherantly wrong with letting oral-maxillofacial surgeons do cosmetic surgeries, but it is likely that a lack of appropriate training for these new “plastic surgeons” is causing problems. [removed]In depth: The fight over your face[/removed]:

There’s a turf war going on over your face.

Some 30 states have expanded what’s called “the scope of practice” for oral-maxillofacial surgeons, allowing them to do cosmetic procedures beyond the mouth area.

That’s got plastic surgeons up in arms. Dr. Lucie Capek is a plastic surgeon whose work usually involves recontouring faces. Now, she’s drawing a line about who should and shouldn’t be allowed to do the work she diligently trained for.

It is troubling enough, says Capek, that doctors other than plastic surgeons are offering Botox, facial fillers, and liposuction, but now that highly specialized dentists known as oral-maxillofacial surgeons want to be able to do elective plastic surgery, enough’s enough.

Capek said “To me this is about patient safety, education.”

Capek says that in states that have expanded the scope of practice, problems with shoddy work are occurring, even in New York, as non-plastic surgeons branch out to expand their income stream.

Dr. Lawrence Busino is an oral-maxillofacial surgeon. He’s spent his career reconstructing faces damaged by accidents or disease, and correcting congenital defects like this. He says the battle over who can do what, is nothing new.

“This has been an issue in New York State for the past 20 years. And it is a turf war issue, absolutely.”

One of PSP’s editorial advisory board members, Joseph Naimtu, III, DMD, FAACS, responds to the referenced article above:

It is most interesting that this tired and self-serving argument is still being tossed around.  There is not a shred of evidence that any specialty has better or worse outcomes than others. Oral and maxillofacial surgeons (OMS) get superior head and neck training and are equally — if not better — trained than any other specialty that does cosmetic facial surgery.

I can promise you that OMS see as many or more complications from other specialties including plastic surgery than the other way around. It is the person, his or her individual training and outcomes that make the difference. Anyone who tries to propagate the “dentist”-doing-cosmetic-facial-surgery is merely attempting to confuse the public. The reason that this has passed in 30 states is because the training and outcome of oral and maxillofacial surgeons supports the decision and vote of the lawmakers.

The real problem is any specialty that does not get adequate surgical training — and this is rarely a problem with OMSs. In reality, there are numerous specialties that perform high-quality cosmetic facial surgery, including plastics, ENT, ophthalmology, derms, and OMS. To deny this is only protecting turf and dollars. There are great doctors and outcomes in all of these specialties and poor doctors and outcomes, as well. To attempt to say that anyone of these specialties “is better” or “worse” is crazy.

Move on. We have been there and back with this empty argument. I have folders of poor outcomes from multiple specialties and I am sure they have some of mine. My practice is limited to cosmetic surgery and I perform about 80 facelifts and over 500 eyelid lifts a year. I am a Diamond-level Botox provide, have authored four textbooks, and published hundreds of articles in every specialty that deals with the face. I am not bragging, just making the point that the specialty does not make the surgeon.

Your State’s Most Googled Plastic Surgery 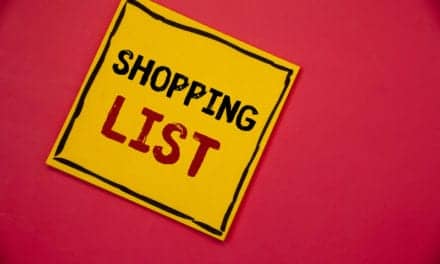 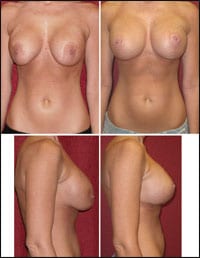