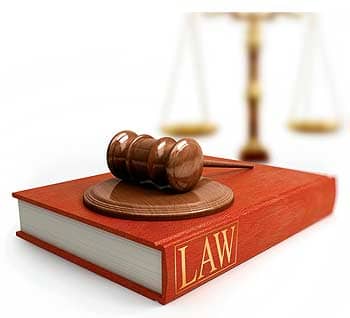 You may have seen any one of these news stories in your local paper or on TV. Of late, there seems to be an explosion in these back alley cosmetic surgery procedures. While the media has picked up on these types of stories recently, these procedures are nothing new.

As a result, many doctors are seeing patients asking for their botched procedures to be fixed. New Jersey Cosmetic Plastic and Reconstructive Surgeon Steve Fallek, MD, have done work on three such patients.

“These patients basically showed up into my office saying someone who didn’t even claim to be a doctor had injected some sort of substance into their buttocks, at a friend’s house,” Fallek says.

He recalls a patient who got a buttock enhancement at a friend’s house about 4 years ago. The injections went fine for the Cuban Broadway dancer until time went on and her derriÃ¨re didn’t look as good as it once did.

“I try not to judge my patients, but I think they were looking for a discount rate. They sort of fell prey to these people who were offering them as good of a job as a plastic surgeon for significantly less cost and then sort of suffered,” Fallek says.

Treating patients with unknown substances injected into them can be tricky. In the past, Fallek did not have any medical literature to guide him on how to approach these revision surgeries. He reached out to colleagues who had removed free-floating silicone from ruptured breast implants.

“If it were an implant, it would be easy. You would cut around the implant,” he says. “For this type of procedure, however, think of hundreds of small silicone droplets surrounded by scar tissue. Then you cut into it, it is worse than fat, it slips and slides all over the place,” he says. “You are flying blind in some respects. You don’t have an operative report. You don’t know where this stuff is, and you don’t know who injected it.” 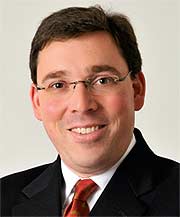 Repairing botched silicone injections was more extensive than he has first estimated. In his experience, the x-rays were not terribly helpful, and putting in drains was a necessity. Even so, he says you will likely get seromas, which will need to be aspirated. Once all of the improper materials have been removed, you can then offer fat injections at a later date to improve the look of the surgery.

PROTECTING PATIENTS WITH THE LAW

Fallek’s home state of New Jersey, like other states, considers the unlicensed practice of medicine to be criminal. New Jersey’s law is typical. It says:

A person is guilty of a crime of the third degree if he knowingly does not possess a license or permit to practice medicine and surgery or podiatric medicine, or knowingly has had the license or permit suspended, revoked or otherwise limited by an order entered by the State Board of Medical Examiners … (2C:21-20. Unauthorized Practice of Medicine and Surgery or Podiatric Medicine)

According to the New Jersey Board of Medical Examiners, if a medical procedure is performed by an unlicensed individual, it is a criminal matter and should be reported to the criminal authorities.

But before you file that police report, consider several things. First, do you have the patient’s permission to disclose his/her identity and past medical “care?” Be careful not to violate federal or state privacy laws in reporting the criminal activities. If your patient is willing to assist with the police report, get it in writing, just as you would to release medical information in any other circumstance.

If your patient “doesn’t want to get involved,” you can still report the illegal procedures, but you cannot identify your patient. Try something along the lines of, “I have a patient that underwent a surgical procedure performed by X, an unlicensed individual. The patient will not allow me to share her information. However, X is a danger to the public. I ask that your office investigate this situation.”

In most circumstances, you are not legally required to report an individual that is practicing (or trying to practice) without a license. I think there is a moral duty to try to protect the public. Physicians know better than anyone the possible adverse health consequences of injections of random industrial supplies. Sadly, there seems to be an ever-growing number of wolves in lab coats. Instead of taking a Darwinian approach, I hope that the medical community will work to protect the flock.

Michael J. Sacopulos, JD, is the CEO of Medical Risk Institute (MRI). Medical Risk Institute is a firm formed exclusively to provide proactive counsel to the health care community to help providers understand where liability risks originate, and reduce or remove these risks. He is the legal analyst for Plastic Surgery Practice, and can be reached via plasticsurgery@allied360.com.