Why has facial rejuvenation by fat grafting been so successful? The answer may well be found in those little stem cells

Stem cells have the unique characteristic of “plasticity”—they have the ability to give rise to all of the different tissues of the human body. In general, stem cells have two distinguishing characteristics: They are unspecialized, in that they can clone themselves without limit; and they can differentiate into many cell types with specific functions.

Stem cells were first discovered in embryos created for couples who sought in vitro fertilization. The embryonic stem cell is multipotent, and therefore it has the potential to differentiate into any cell type in the human body. Unfortunately, obtaining and using embryonic stem cells for study or clinical use has raised logistical and ethical problems.

In the adult, the most well-known stem cells are bone marrow stem cells that generate all of the cell types within the body’s hematopoietic and immune systems. The major obstacle to using adult stem cells has been the need to find a reliable source of cells that can be safely harvested and used with minimal manipulation.

These cells—known as adipose-derived adult stem cells (ADASCs)—are capable of maturing into fat, muscle, bone, and cartilage.4-6 In addition, because liposuction already provides a simple method of harvesting ADASCs, most ethical concerns related to embryonic or fetal stem-cell usage are eliminated. For the foreseeable future, ADASCs offer the most promising source of stem cells for use in plastic surgery because they are readily available and because most plastic surgeons are familiar with harvesting and injecting fat-grafting material.7-9

Our Clinical Experience
Ever since liposuction began to provide the plastic surgeon with an injectable form of fat, its use in rejuvenation and reconstruction has become increasingly popular. Fat grafting can be used to erase facial lines, fill in depressions, replace fat that has been lost due to aging, and highlight facial features (Figures 1 and 2, page 22).

We have performed several thousand facial fat-grafting procedures over the past 20 years, and we have noticed several benefits of fat grafting on the immediately surrounding tissue that are not easily explained by volume replacement alone. For example, facial fat grafting seems to clinically improve uneven skin pigmentations, reverse actinic skin damage, and decrease facial skin-pore size (Figures 3 and 4, page 22). Facial fat grafting may even increase local collagen production, and may possibly hinder facial skeletal atrophy.

As the patient heals from fat grafting, some clinicians have noticed that fat placed next to bone seems to feel like bone, and fat placed into the muscle begins to feel like muscle.10 In fact, it is consistently observed that the transplanted fat does not feel like isolated collections of fat but rather more like the recipient-site tissue into which it has been transplanted. It is therefore possible that the ADASCs in the fat-grafted material may actually differentiate into the likeness of their recipient-site tissue.

Other surgeons have seen the effect of fat grafting on surrounding tissue in such instances as treating end-stage radiation dermatitis, chronic ulcerations, and ischemic limb disease.11-13 ADASCs might explain some of these outcomes. No similar improvement in surrounding local tissue is seen with the injection of any of the artificial fillers.

Some researchers suggest that the ADASCs in the grafted fat repair local tissue either directly or through the promotion of angiogenesis or vasculogenesis.14 Others emphasize the relation between preadiposocytes and macrophages, and suggest that the healing effect may be related to an enhanced immune response leading to tissue remodeling and the removal of damaged cells.15-18 Lastly, the release of hormones, cytokines, or growth factors by the ADASCs and local tissue may direct integration or differentiation of the fat-grafted material.5,19

One of the main reasons for fat grafting’s continued popularity may be its reputation for safety, which can be a priceless quality in the elective-surgery arena. Transplanted fat has very few limitations, and its only complications are related to clinical variation in injection techniques that can lead to overinjection or underinjection of fat. Fat grafting is not associated with the complications of synthetic fillers that may include granulomas, ulcerations, allergic reactions, and infection.20 Overall, grafted autologous fat is completely biocompatible and is often considered the ideal filler to use in facial rejuvenation.10

Although some individuals question the long-term viability of facial fat grafting, grafted fat does remain in place with proper technique. Recent studies have shown that properly harvested fat has a greater than 90% survival rate.2,21 The clinical confusion associated with the predictability of facial fat grafting may be related to the mechanism of fat survival in the recipient area.

Some researchers believe that fat grafts go through stages of degeneration followed by regeneration in a manner similar to stem-cell behavior.22 As a result, the major effect and longevity of facial fat grafting may be due to the survival of preadipocytes and ADASCs derived from the donor areas.2 Many researchers contend that loss of fat-tissue viability is related to insufficient vascularity and cellular nutrition that leads to cell death.

By combining fat grafting with stem-cell therapy, tissue viability and therefore consistency of graft survival may be improved because ADASCs have been shown to promote adipose-cell replication, enhance angiogenesis, and decrease the local inflammatory response.14

Stem-Cell Therapy
Stem-cell therapy can be viewed as a way to restore embryonic potential to a patient’s aged or damaged cells.23 The goal of stem-cell therapy in aesthetic surgery would be to regenerate aging tissue.24 With almost 400,000 Americans undergoing liposuction each year, the idea of using ADASCs for stem-cell therapy has considerable appeal.

Although ADASCs have the innate ability to rearrange, change, or repair local tissues, their true role in tissue regeneration must be further studied. One of the most promising uses for ADASCs may be the regeneration of facial fat that has been lost through the natural aging process—facial fat atrophy.25 By adding ADASCs to facial fat-grafting material, we could not only replace lost facial volume, but we may also be able to rejuvenate the face by regenerating the skin from the inside out.

Stem-cell research is one of the most fascinating areas of scientific study today, but each answered question generates several new ones to answer. To further develop regenerative cell-based therapies, fundamental questions about stem cells that must be answered include: “How do stem cells remain self-renewing and unspecialized?” and “What are the signals that cause them to choose a particular pathway during embryonic development?”

Recent attention has been placed on studying embryonic cells’ gene-expression patterns as they differentiate to find genes that could be turned on or off to direct the cells toward a particular tissue type.5 Having such a gene-expression profile would not only provide a way of identifying pluripotent ES cells, it would also offer tremendous insight into the properties that confer their “stemness” and ability to regenerate tissue.

In the future, techniques will have to be developed to concentrate and more accurately control the differentiation of ADASCs. These cells may stimulate tissues to regenerate themselves by causing or inhibiting inflammation, by emitting growth factors, or by simply touching the adjoining cells. ADASCs may well have powerful “chaperone effects,” wherein they somehow trigger repair mechanisms in surrounding cells when they are placed in a damaged tissue.26 It would be ideal to simply inject ADASCs into the part of the body we wish to regenerate and let them do their job.

Overall, stem cells raise the prospect of regenerating the aging face from the inside out, and thereby have the potential to change the entire practice of facial rejuvenation in the future.24 Early research suggests that the longevity and viable volume of fat grafting can be improved by mixing the graft with freshly isolated ADASCs.27 It appears that the future of facial reshaping with fat grafting may include using ADASC-supplemented fat for improved fat-graft viability.

Whatever their eventual role may be, the use of ADASCs in the future of aesthetic surgery is an exciting concept and one that will surely continue to be explored further in the laboratory and clinically.

Richard Ellenbogen, MD, FACS, FICS, and Gary Motykie, MD, are in private practice at Beverly Hills Body in Los Angeles, where Ellenbogen is also affiliated with Midway Hospital. They can be reached at motykie@hotmail.com or via their Web site, www.beverlyhillsbody.com. 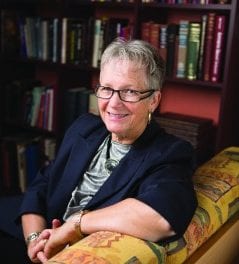