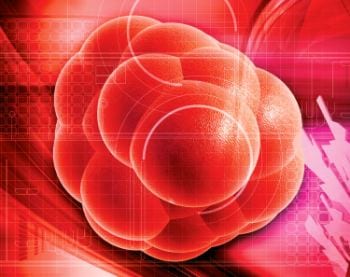 Although researchers and physicians are working on ways to employ stem cells in everything from routine exams to the most complex reconstructive surgery, little is known about who is doing what.

A prominent Los Angeles plastic surgeon is actively studying and applying stem cell research to real-world aesthetic and reconstructive surgery treatments. Joel Aronowitz, MD, has his office adjacent to Cedars-Sinai Medical Center, where he has held many leadership positions spanning more than 2 decades—including serving as chief of the Division of Plastic Surgery for 10 years, as well as numerous teaching capacities.

Aronowitz sat down with PSP to discuss progress with stem cell treatments and research. Certified as a Diplomate of the American Board of Plastic Surgery and an Ambassador of the American Society of Plastic Surgeons, Aronowitz is a graduate of the Accelerated MD program at the prestigious Baylor College of Medicine in Texas, where he performed his general and plastic surgery residency training. He is also a clinical assistant professor of plastic surgery at the USC Keck School of Medicine and the medical director of the University Stem Cell Center in Santa Monica, Calif.

“All tissues in the body have precursor cells or stem cells,” Aronowitz says. “For example, if you biopsy cardiac muscle and separate all the cells and count them, about 1 in 40,000 is a stem cell. This small cell has a potential of becoming one of several different kinds of cells. For example, the heart muscle might need them because cells die of old age, as virtually all cells do, or because of injury or because the tissue needs to grow.”

PSP: Can you describe the latest procedure that you are working with?

Aronowitz: The latest procedure involves harvesting fat with liposuction, dispersing the cells, discarding what’s not needed, and taking the stem cells out—which are numerous but don’t take up much room—and add to whatever they are going to be added to.

The advantage of doing it that way is that it is done at the point of care. Tissue is not sent to a lab. You don’t have to wait for something to come back and have a potential error in the identity of the tissue (like giving someone the wrong tissue like a blood product or have loss of the cells because of the time involved in sending them out).

Also, the cells are damaged far less in the transplantation process, and go on to survive and grow in the recipient site.

Unlike a lot of other cells, there is no need to grow the cells. They are so numerous because people generally have ample fat stores. We can use the fat they are carrying around.

Liposuctioned fat would normally be discarded, then doctors started just injecting the fat. Now, we are getting down to a cellular level and identifying what the different components are and what they are good for. This is just the first step along that path of not looking at an organ level or even a tissue level but a cellular level.

PSP: What happens in the operating room from a clinician standpoint? What hardware do you use?

Aronowitz: As far as the actual procedural hardware in the operating room, one machine is automated, one is manual, and one is the Multi Station—a sophisticated piece of laboratory equipment that packs a high-speed centrifuge/warmer/shaker system under a biohood with a HEPA filter and other features (Advanced Bio-med, Los Angeles).

Liposuction of fat is done, then a substance called collagenase is added. This is a chemical that allows the cells to separate. Mere centrifugation does not actually separate the cells tightly held by intercellular collagen fibers.

We wash out the collagenase along with any dead fragments of tissue, and then separate the cells according to size and weight. What the doctors look for are the little stem cells. That whole process in the operating room is completed in an hour to an hour and a half at the point of care.

We inject the stem cells in a concentrated solution that contains several million cells per cc. After we go through the separation process, we examine the concentrated cells under the microscope to see how many cells we have per cc and what percentages are still alive when we are going to be injecting them.

For something like wound care where we are not trying to add volume we’ll add a carrier cell like a fat cell, so that those stem cells don’t migrate after we inject them. The improvement in the skin quality and the improvement in scar tissue are very typical of what is seen elsewhere in the body, too. The quality and softness of skin tone, beyond the volume, is remarkable.

The healing with the stem cell is actually faster than when you do fat grafts alone without stem cell enhancement. This is a characteristic of reconstructive breast surgery, breast augmentation, ulcerated wounds, and scarring.

PSP: What do you think is happening to these cells during this procedure?

Aronowitz: Certain things are clear. When you transplant tissue, the basic unit of life is the cell and that cell has to live. In order to live, it has to have a source of energy. It has to get sugar and oxygen, somehow.

If you inject properly, you will have no cell that’s very far away from something that’s alive. Cells are very social, and especially stem cells, so they will release factors that will attract neovascularization. Capillaries will grow toward them, and they will stimulate other white blood cells to direct tissue regeneration instead of inciting an inflammatory response.

We know that in the petri dish those cells will direct other cells to recreate the 3-dimensional architecture of fat tissue, and we know they must be occurring in the patients because we see fat tissue later. We don’t have a clear understanding of precisely what’s going on even in a petri dish.

And we know, just on a macro level, we can see the results and improvement at least subjectively.

PSP: Where do you see this going in the future?

Aronowitz: In my opinion, stem cell harvest will be commonplace over the next few years. Number one: the clinician being able to harvest stem cells from lipo on a routine basis, relatively easily, in reasonable length of time and at a reasonable expense. I see that as not adding any burden of risk or financial burden to the patient.

We will find a lot of uses for the cells—some that we haven’t even figu#B40404 out yet. Some are being used now; for example, chronic inflammatory musculoskeletal conditions.

Janine Ferguson is a contributor for PSP. She can be reached at plasticsurgery@allied360.com. 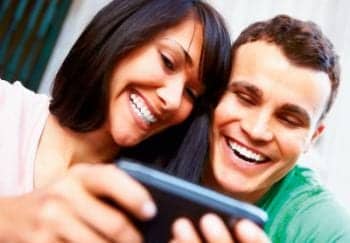