According to a study conducted by Dieter Manstein, MD, an instructor in dermatology at Harvard Medical School and Massachusetts General Hospital, skin cooling performed during fractional photothermolysis has an effect on the size of epidermal zones of microthermal damage. Manstein says that this can affect the outcome of the treatment procedure.

This study was conducted using the Fraxel SR 750 by Reliant Technologies. The results of the study proved that the diameter of the fractional lesions depends on the skin cooling—the cooler the skin, the smaller the lesions.

According to Manstein, smaller lesions mean that there is less skin that needs to be treated. This ultimately affects the clinical outcome. It was seen that with the rise in temperatures from zero to 45° Celsius, MTZ diameter grew from 93 to 147 millimicrons (58%). The MTZ area also increased from 6,870 to 17,050 millimicrons (148%).

Manstein concludes that skin temperature has a direct positive linear correlation with the diameter of the MTZ. It was also seen that with the use of simultaneous skin cooling to decrease skin temperature to 20° Celsius, MTZ area decreases approximately 40%. If the amount of energy delivered per MTZ is increased this will overcome the decrease in MTZ diameter associated with lower skin surface temperature, Manstein says. However, the relationship between this change in thermally damaged surface area and clinical outcomes is not yet clear. 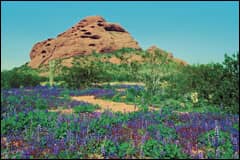