Can a Dissolvable Microneedle Patch Treat the ‘Root’ Cause of Baldness? 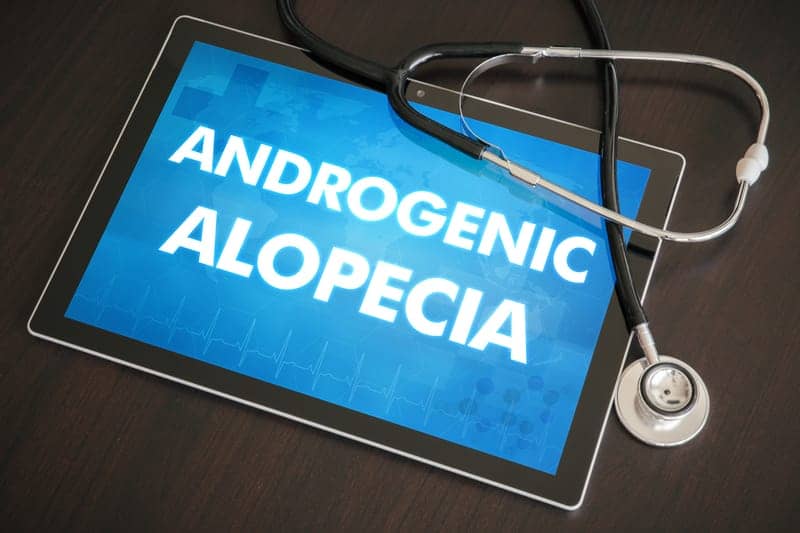 Although some people say that baldness is the “new sexy,” for those losing their hair, it can be distressing. An array of over-the-counter remedies are available, but most of them don’t focus on the primary causes: oxidative stress and insufficient circulation.

Researchers have designed a preliminary microneedle patch containing cerium nanoparticles that they suggest helps combat both primary causes of hair loss–oxidative stress and insufficient circulation–and regrows hair in a mouse model faster than a leading treatment. Their results are reported in ACS Nano.

The most common hair loss condition is called androgenic alopecia, also known as male- or female- pattern baldness. Hair loss is permanent for people with the condition because there aren’t enough blood vessels surrounding the follicles to deliver nutrients, cytokines and other essential molecules. In addition, an accumulation of reactive oxygen species in the scalp can trigger the untimely death of the cells that form and grow new hair, a media release from the American Chemical Society explains.

Previously, Fangyuan Li, Jianqing Gao and colleagues determined that cerium-containing nanoparticles can mimic enzymes that remove excess reactive oxygen species, which reduced oxidative stress in liver injuries, wounds and Alzheimer’s disease. However, these nanoparticles cannot cross the outermost layer of skin. So, the researchers wanted to design a minimally invasive way to deliver cerium-containing nanoparticles near hair roots deep under the skin to promote hair regrowth.

As a first step, the researchers coated cerium nanoparticles with a biodegradable polyethylene glycol-lipid compound. Then, they made the dissolvable microneedle patch by pouring a mixture of hyaluronic acid — a substance that is naturally abundant in human skin — and cerium-containing nanoparticles into a mold. The team tested control patches and the cerium-containing ones on male mice with bald spots formed by a hair removal cream, the release continues.

Both applications stimulated the formation of new blood vessels around the mice’s hair follicles. However, those treated with the nanoparticle patch showed faster signs of hair undergoing a transition in the root, such as earlier skin pigmentation and higher levels of a compound found only at the onset of new hair development. These mice also had fewer oxidative stress compounds in their skin.

Finally, the researchers found that the cerium-containing microneedle patches resulted in faster mouse hair regrowth with similar coverage, density and diameter compared with a leading topical treatment and could be applied less frequently.

Microneedle patches that introduce cerium nanoparticles into the skin are a promising strategy to reverse balding for androgenetic alopecia patients, the researchers suggest, the release concludes.

Related Content:
Is Alopecia in Your Genes? This Test Could Find Out
Examining Stigmatizing Attitudes Toward People With Alopecia
Risk Factors for Frontal Fibrosing Alopecia

The Unexpected Benefit Botox May Have on Oily Skin

Beginner Botox: Why Some Are Starting Earlier