About 15% of American children are obese. This number has more than doubled in the past 20 years. To help obese children lose weight and to prevent many of the serious health risks associated with obesity, children’s hospitals have opened adolescent bariatric surgery centers that provide programs that help children lose weight with and without surgery.

“We are approved by the US Food and Drug Administration [FDA] to offer laparoscopic adjustable band surgery [LAGB] to teens between the ages of 14 and 17,” says Jeffrey L. Zitsman, MD, director of the Center for Adolescent Bariatric Surgery in New York City. “However, patients 18 and older can undergo surgery without an FDA-approved protocol provided they meet National Institutes of Health [NIH] criteria for obesity. This operation, done using a minimal access technique, allows us to place an adjustable belt-like device around the upper part of the stomach, thus restricting the amount of food a person can eat.”

Who Qualifies for LAGB?
According to Zitsman, physicians at the hospital prefer LAGB to other types of bariatric surgery procedures because it is completely reversible, it does not reroute patients’ digestive anatomies, and it is minimally invasive.

LAGB requires significant changes in adolescents’ diets and lifestyles, and there have been no conclusive studies on the long-term effects on children’s lives. Until now, physicians have generally followed the criteria for adult patients in determining eligibility for surgery: a body mass index (BMI) of 40 or higher (as established by the NIH), or a BMI of 35 with significant illness associated with obesity.

However, the guideline for children is being re-evaluated. Pediatric LAGB surgery is currently available only to children 14 and older. Younger patients enroll in nonsurgical weight-loss programs.

Consideration for bariatric surgery is generally warranted only when adolescents have experienced failure after 6 months of weight-loss attempts and have met certain anthropometric, medical, and psychological criteria. Adolescent candidates for bariatric surgery should be severely obese, must have attained most of their skeletal maturity (commonly more than 12 years of age for girls and more than 14 years of age for boys), and should have comorbidities related to obesity that might be remedied with durable weight loss. Patients with a BMI greater than 50 with minor comorbidities may also be considered.

What Does LABG Entail?
During LAGB, four or five small incisions are made in the patient’s abdomen and a band about the size of a shower-curtain ring is cinched around the upper portion of the stomach to create a small pouch below the esophagus. The constriction slows the passage of food from the pouch into the remainder of the stomach and causes a sensation of fullness after only a few bites.

Unlike the gastric-bypass operation, which is performed on adults and involves cutting or stapling the stomach to permanently decrease its size, the lap band is removable and adjustable. The band’s interior diameter can be changed by adding or removing a liquid through a port under the skin of the patient’s abdomen. Because lap-band patients can eat small quantities of any type of food—in contrast to gastric-bypass patients, who often have problems digesting sweets—and because they can still feel hungry when full, they experience more gradual weight loss than do bypass patients.

What is RYGB?
Another type of bariatric surgery conducted on adolescents is the Roux-en-Y gastric bypass (RYGB). During a RYGB, the stomach is made smaller by creating a small pouch at the top using surgical staples or a plastic band. The smaller stomach is connected directly to the middle portion of the small intestine (jejunum), bypassing the rest of the stomach and the upper portion of the small intestine (duodenum).

This can be done by making a large incision in the abdomen (an open procedure) or by making a smaller incision and using small instruments and a camera to guide the surgery (laparoscopic approach). This method promotes faster healing and recovery, and decreases pain and the chance of infection and hernia.

Is Bariatric Surgery Worth the Risks?
According to some physicians, bariatric surgery for adolescents is “normalizing” the epidemic. “Childhood obesity is multifactorial, and there are many cultural drivers—genetics plays a small role, and environment plays a big role,” according to Frederick N. Lukash, MD, FACS, who practices in New York City and Manhasset, NY. “We have become a nation of increased energy intake (high-calorie foods) and decreased energy output (more television and less physical education). The media promote good health but also sells high-calorie, high-trans-fat foods.

“We also see children with low self-esteem seeking consolation in food. The rebound to this is children who are obsessed with thinness and a society that equates this with beauty and success. This results in eating disorders such as anorexia and bulimia.”

Lifestyle Changes
According to Susan Farreles, MSN, FNP, pediatric weight clinic and adolescent bariatric nurse practitioner at Lucile Packard Children’s Hospital in Palo Alto, Calif, bariatric surgery is an irreversible procedure; as a result, adolescents who undergo it must commit to behavioral and lifestyle changes, including a 30-minute walk each day, for the rest of their lives. Patients are also expected to follow dietary guidelines that include three meals that contain protein and fiber per day.

They must also learn to eat slowly, chew food thoroughly, and avoid eating and drinking at the same time. Their total meal size is limited to less than 1 cup, and they need to drink plenty of water—from 90 minutes after one meal until 15 minutes before the next. To reinforce these lifestyle alterations, patients need to be seen for at least 14 follow-up visits over a 2-year period after surgery.

Risks from obesity surgery are greater than those for the nonobese, Lukash notes. They include death, infection, incisional hernias, and metabolic problems such as vitamin deficiency and anemia.

“Education is the key to the future,”  Lukash says. “Parents must become involved with their children at an early age regarding healthy eating and exercise.

“Support may also be needed by psychologists, nutritionists, and exercise experts. It requires a cooperative response team. Children need to receive positive reinforcement to be motivated to care for their bodies.” 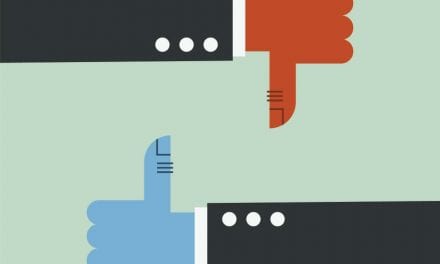 Is Removable Tattoo Ink the Next Thing?