The $750 award, founded and funded by Weinstein’s mentor Sharadkumar Dicksheet, MD, was given to Weinstein for his bro bono surgical missions to India. So far, Weinstein has completed eight missions and performed close to 1,000 surgeries including bilateral cleft and severe unilateral cleft repairs.

Weinstein gives all the credit to Dicksheet, whom he met during his residency at Kings County Medical Center in Brooklyn, NY. Dicksheet ,who died last year at age 81, began going to India and offering the free surgeries in 1968. Through the years, he conducted nearly 70,000 surgeries and had been nominated for the Nobel Peace Prize several times.

“He literally wouldn’t stop to eat or go to the bathroom when performing surgeries,” says Weinstein of his mentor. This would be impressive enough on its own, but Dicksheet also had many physical challenges. He was wheelchair bound and did not have a larynx. Weinstein’s son filmed a documentary on Dicksheet’s life and legacy called Flying On One Engine. (See photo.)

“I share this award with many people,” Weinstein tells Plastic Surgery Practice.

Weinstein’s US practice is largely cosmetic, but he says that his practice mantra is the same whether he is performing reconstructive or aesthetic procedures. “I ask myself ‘what is the problem that they are presenting with, can I make it better and will it make a difference,” he says. “If I can’t make it better and make a difference, I won’t do it. I am not about wallet biopsies.” 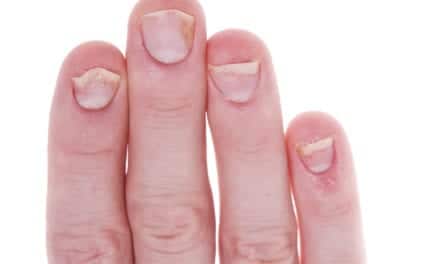 Improve Nail Psoriasis at Home with These Tips