There has been much ado about gummy bears lately – even blogger Perez Hilton is talking about them.

Obviously, we are not really talking about the sweet and colorful candy loved by kids and adults alike. We are talking about very cohesive silicone gel-filled breast implants and an endearing, clever and catchy nickname coined by Los Angeles plastic surgeon Grant Stevens, MD, back in 2004.

So why are they making headlines in 2012?

In early March, the FDA announced that it had given its formal and much-coveted nod to a new breast implant. The approval of Sientra’s Silimed line meant many things to many people. For starters, allowing  a third company to market breast implants, of any type, in the US ostensibly broke up the duopoly held by Allergen and Mentor for so long. Doctors now have more choices, and as a result so do patients.

That’s the back story. Soon after the approval, a flurry of media reports suggested that these newly approved Sientra implants were in fact gummies.

And the term that grant Stevens coined in 2004 finally went viral. The company was somewhat mum on what was approved, and many an intrepid reporter tried to scratch beneath the shell and figure out if these are in fact the very “gummy bear” implants that women have been waiting for with baited breath – the ones with the look and feel of traditional silicome breast implants (which are cohesive, just not as cohesive) that won’t leak if they should rupture.

Were they? Are they?

A huge debate erupted over what was and was not a “gummy bear” implant.

Plastic Surgery Practice sets the record straight. Gummy bear implants is a nickname. It is not a brand name, and it does not refer to one specific product. It’s a term coined by Stevens to refer to a new generation of breast implants that were are more viscous and “form-stable” than their predecessors.

“There is no implant made of candy,” he tells Plastic Surgery Practice. “A gummy bear is  a breast implant which is composed of highly cohesive silicone gel or silicone that has higher cohesively than existing silicone implants.”

The true test? If you cut it will it bleed? Just like the fruity gummy candy, highly cohesive silicone gel implants can be cut in half without any oozing.

The end (or is it just the beginning). 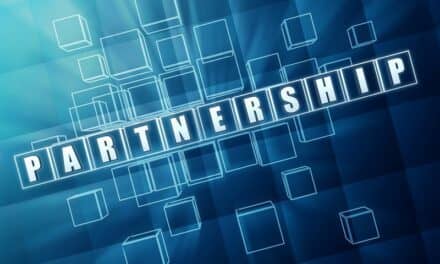 This Viral Photo Reveals the ‘Degrading’ Reality of Plastic Surgery