Is Google+ Worth Investigating?

Over the last few weeks, there has been considerable buzz surrounding the launching of Google+, the new social network from Google.

The service is similar to Facebook. Basically a news feed with status updates, the service’s features include shared content and feedback from friends. It sets itself apart from Facebook in its Circles feature, which lets you share content with specific sets of people instead of just publishing content on your wall for everyone to see.

The service appeals to people who have privacy issues about Facebook. A business-friendly version of Google+ is due to launch later this year.

There Could Be Benefits

As a small business selling to local consumers, you could conceivably benefit from maintaining a page on Google+. Should you be thinking about it? Should you be preparing to devote resources to Google+ in case it becomes the hot new thing in social media? The short answer is no — you can safely wait this one out. Why? The benefits are questionable at present.

Those of you who know me know I have strongly-held beliefs about  technology. Belief Number One is “let the other guy be the guinea pig” in new online experiments. Preserve your resources. You can always jump in later when the hot new thing has made it to proven status.

Although Google+ has amassed an impressive 25 million users in its first few weeks, it’s still way too early to tell whether most consumers will abandon their Facebook pages to embrace the new service. Certainly no one will maintain both pages — that choice would leave little time to do anything on either service except for check on friends.

One Caveat: Google Is the SEO King

The one area Google has it all over Facebook is in search engine supremacy.  Facebook is just Facebook — a social sharing site. Google is a hydra-headed corporation with intertwining applications meshing with its primary business, which is online search.

Google Search could favor Google+ in ways that would make Google+ accounts the sine qua non for maintaining SEO. That would be a game changer. How much have you paid for optimization over the years, and how much are you still paying for it? Nobody’s turning their back on that horse race just because it’s hard to disentangle from Facebook.

All in all, the promise of Google+ business pages is a distant threat to Facebook. I wouldn’t spend much time worrying about it until we see how well the new service is going to do. 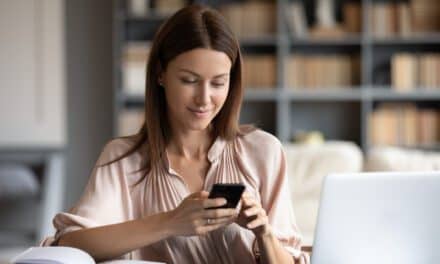 How to Use Social Media to Build Patient Trust