Nearly 75% of Dallas men and women have had or are considering facial plastic surgery, according to a new survey by the American Academy of Facial Plastic and Reconstructive Surgery (AAFPRS).

And #selfie awareness ranked high in the decision to undergo a facial plastic surgery procedure, with 22% of survey respondents motivated by their photos on social media.

“Photographs on social media can deliver a distorted image of reality, holding up a magnifying glass to flaws, real or perceived. This is causing plastic surgery requests to skyrocket in both teens as well as adults.” says  Stephen S. Park, MD, AAFPRS president and the director of the Division of Facial Plastic and Reconstructive Surgery at the University of Virginia Medical Center in Charlottesville, in a news release.

Next up on the list of motivations for facial plastic surgery were major life events like a wedding or high school reunion (13%) and the desire to remain competitive in the workforce (15%).

Here’s a snapshot of the most desired procedures in Dallas:

Dallas residents are most concerned with the appearance of their necks, including plastysmal bands and sagging skin under the chin. In fact, signs of aging in the neck have surpassed facial wrinkles as the greatest concern. “The recent FDA approval of the ‘fat melting’ drug Kybella® is spurring a surge in requests for procedures to improve neck contours,” Park says. “It provides a new option to consider for those who are not ready for a surgical fix, but are looking for a solution to get rid of fatty deposits beneath the chin.”

The AAFPRS conducted the new survey in advance of its upcoming meeting in Dallas. The data is based on 160 respondents from Texas. The majority of respondents were 18-34 (61%), followed by ages 35-54 (28%). Three quarters of survey respondents were female. 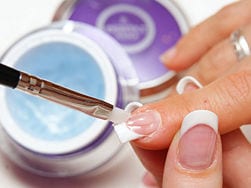 From the Hazards of Gel Manicures to the Return of Triluma: PSP’s AAD News Round-Up